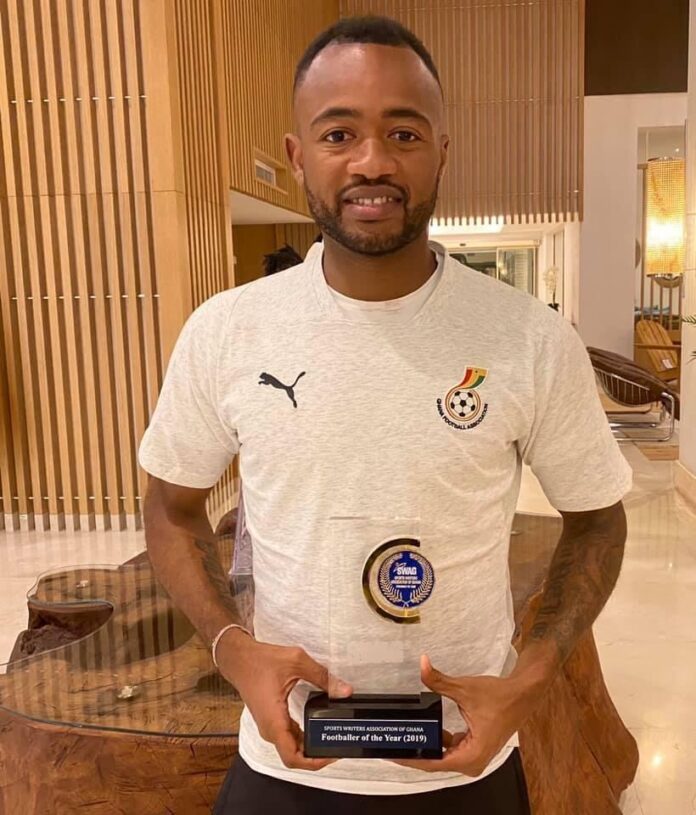 Crystal Palace striker Jordan Ayew has been named Ghana’s footballer of the year at this year’s edition of the Sports Writers Association of Ghana (SWAG) Awards held on Saturday night.

The skillful attacker had an amazing season for Crystal Palace and winning all the top awards at his team. Jordan Ayew ended the season as Crystal Palace’ Player of the Season plus Top scorer gong as well.

Jordan Ayew made his debut for Ghana in 2010 and has since made 62 international caps and scored 17 goals.