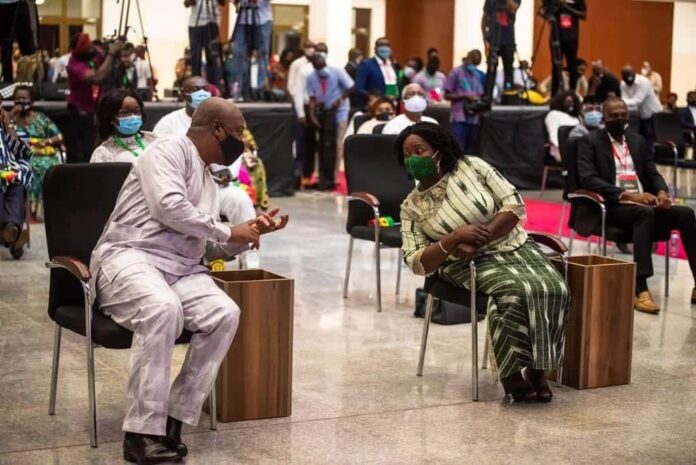 The 2020 campaign spokesperson for the National Democratic Congress James Agyenim Boateng says their flagbearer will embark on a door to door campaign after their campaign launch today.

“Just when Mr Mahama finishes his address at the launch, he’ll move straight into the communities and it’s going to be felt immediately. It’s going to be a door to door campaign,” he told Morning Starr host Francis Abban.

The NDC will today launch their campaign for the 2020 polls.

Meanwhile, the General Secretary of the National Democratic Congress Johnson Asiedu Nketia will this morning lead a delegation to the Electoral Commission headquarters to file the nomination of former President John Mahama for the 2020 polls.

Mr Mahama on Tuesday stated on Facebook that he has already endorsed the relevant portions of the forms to be submitted on his behalf.

President Akufo-Addo has submitted his nomination to contest on the ticket of the ruling New Patriotic Party.

Submitting the forms, the President urged the EC to conduct free and fair polls.

“I am not interested in any crooked results. I don’t want to be President elected by deceit. I look forward to a contest that will be fairly conducted. So that if indeed by the grace of the Almighty, I am again the choice of the Ghanaian people, it will be one that was freely and openly demonstrated”.