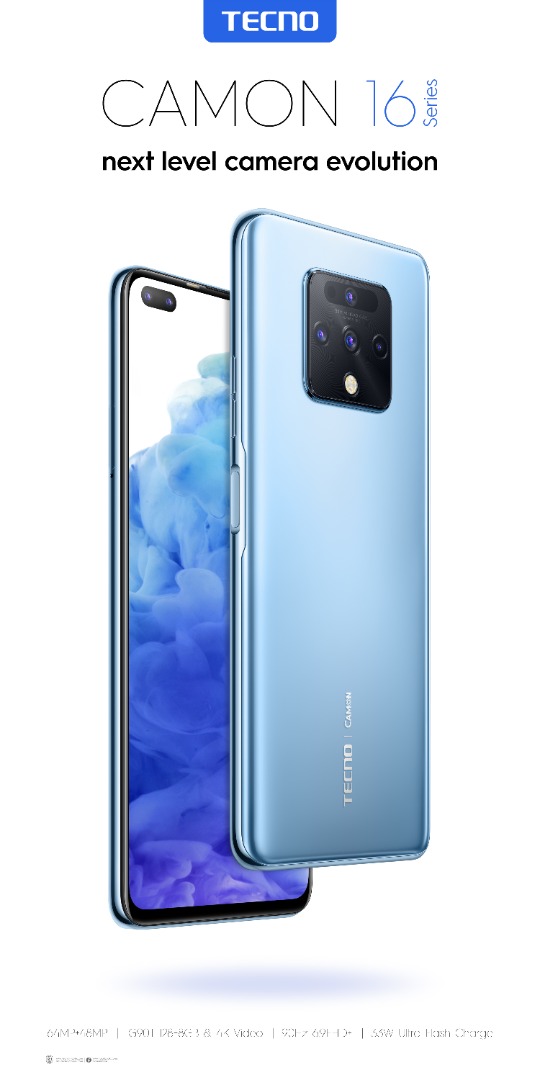 In nearly half a decade of covering Chinese phone brands, there has been a rise from obscure upstarts or mainly local power players to globally recognized brands with billboards in places ranging from Tokyo to Paris. But one brand that has eluded coverage all these years is Shenzhen-based Tecno, which has taken on a decidedly opposite approach to the Vivos and Xiaomis of the world. Instead of expanding west, Tecno focused on the African market, becoming the continent’s number one brand by market share by 2017.
To succeed in Africa, Tecno sold at comparatively low prices, of course, and the Tecno Camon 16 Premier’s roughly $260 price tag when converted from its official price in Kenya and Ghana can also be considered low, but it offers a good value proposition.
Specs
Usually, phones under $300 do not have premium build quality of modern screens—not so here. The Camon 16 Premier features a 6.9-inch LCD panel that refreshes at 90Hz. Having a high refresh display at this price point is impressive.
The bright and vibrant panel with a very modern hole-punch cutout design houses a pair of selfie cameras, consisting of a 48-megapixel and an 8-megapixel ultra wide angle lens. The back is a “four camera” system with two low-pixel macro and depth sensors megapixel, f/1.9 main lens and an 8-megapixel ultra wide camera. The good news is both are good at this price range. The main camera, in particular produces solid dynamic range and details.
There’s a side-mounted fingerprint scanner, along with dual SIM support. Overall construction is good for this price point—it’s glass front and back, with an aluminum chassis. There’s even a headphone jack.
Powering the device is a Mediatek Helio G90T processor. This is a solid mid-range chip that can handle most modern apps and games without hiccups. There’s 8GB of RAM, which is adequate. Capping things off is a 4,500 mAh battery, which is enough to power a phone all day.
Performance
The G90T, as mentioned, is fine. It scored a 515 and 1,666 in single-core and multi-core respectively on GeekBench. The main camera produces sharp images, with fast auto focus. During the day, I have no complaints. At night, if you use night mode, you’ll get good shots too.
Software
The software experience on the Camon 16 Premier is not going to be everyone’s cup of tea. For the most part, things run smoothly, but there’s a lot of bloatware (apps that are pre-installed into the phone) and some ads in the phone’s menu. These ads should be acceptable on a budget device, since even Samsung and Xiaomi’s pricier phones have been caught sending ads to users. And iPhones keep sending notifications to sign up for Apple TV once a week.
There’s also some built-in software tricks like a WhatsApp video beautifier, which, as the name suggests, is a beauty filter that can be applied to the user during WhatsApp video calls. Overall it’s quite a heavy software skin, but also visually appealing.
In Africa, it should be a hit
The Tecno Camon 16 Premier is in an interesting spot. It’s great at its $260 price point. But $260 is neither here nor there. It will likely be considered inexpensive for most readers, but not so much so that it’s an easy snap purchase.
In countries like Ghana and Kenya, where it already has a fan base, this device should be a hit because it’s essentially a flagship quality phone by standards in developing countries, at a price that’s not extravagant.