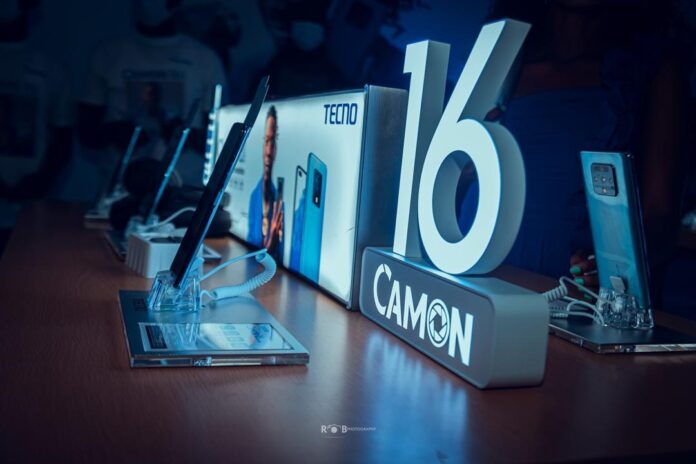 TECNO Mobile Ghana, a leading brand of smartphones in Africa has launched its new Camon 16 series unto the Ghanaian market. The new range of devices is expected to join the many other phones from the tecno brand which has become a household name for smart phones.

In an interview at the official launch, the Sales Manager at Tecno Mobile Ghana, Mr. Cyril Amarteifio said the two top-of-the-line phones have been added to the Camon 16 series the Camon 16 Premier and the Camon 16 Pro with both embedded with 64MP back and 48MP front cameras for an exceptional photo experience.

Another major highlight of the phones is the revolutionary 960 and 120 frame slow-motion video supports for the Camon 16 Premier and Camon 16 Pro respectively.

Touching on the targets for the year, Mr Amarteifio revealed an ambitious target of selling up to 40,000 pieces of the new device by end of year.

“Though COVID has impacted us and affected generally the spending powers of our customers, we believe at Tecno that we have offered our customers quality and they would buy from us,” he said