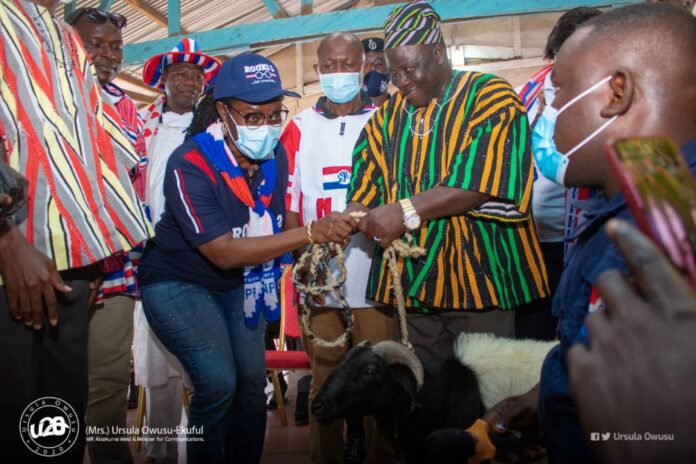 The Chief of Pusiga in the Upper East Region, Naaba Tambiss-Baalug Konwiag, has commended President Nana Addo Danquah Akufo-Addo and the NPP for their achievements in the Pusiga Constituency.

The Chief said the  Akufo-Addo-led NPP administration has been generous to his people through developmental projects hence his people will show their appreciation in due course.

In a welcome address when the Minister of Communications, Ursula Owusu-Ekuful, as part of her tour of the region called on the Chiefs and people of Pusiga, Naaba Tambiss-Baalug Konwiag noted: “The good works you [NPP] have done and is still doing in this area is talking for you and we have seen them.” 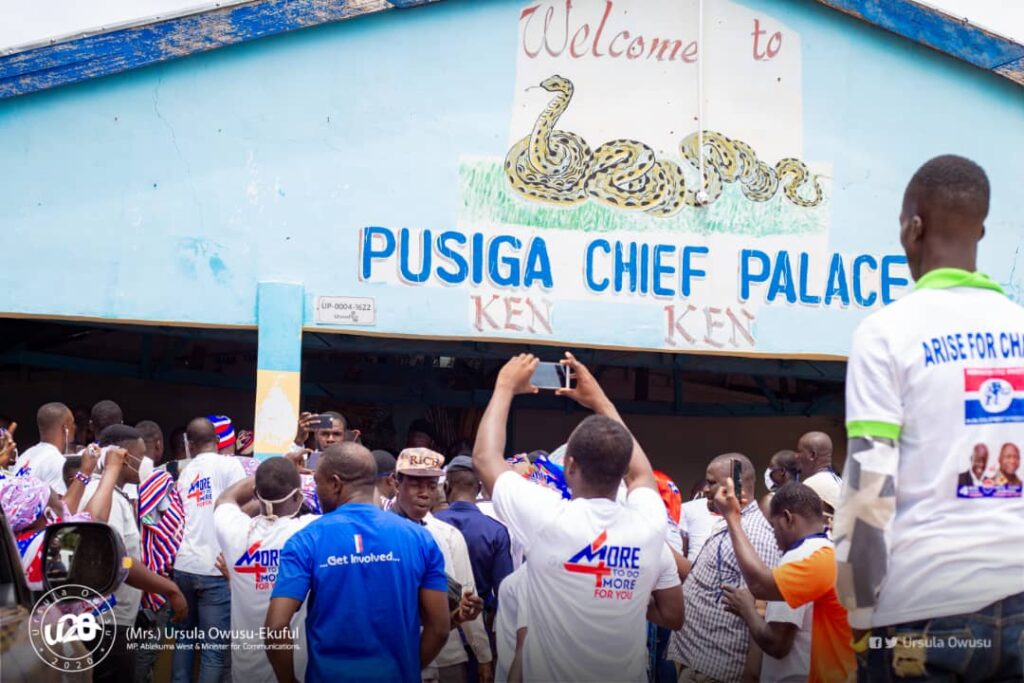 “The livelihood of our people has since the implementation of the Planting for Food and Jobs and 1 Village 1 Dam initiatives been improved. I am praying that the Almighty God help you to emerge victoriously”

The Minister, in her speech, promised the chiefs and people of Pusiga that the NPP party will uphold the country’s peace and promote democracy.

She used the occasion to appeal to the Naaba Tambiss Baalug Konwiag to urge his subjects to emulate the example of Tempane Constituency by voting for President Akufo-Addo and the parliamentary candidate Abdul Karim Dubiure. 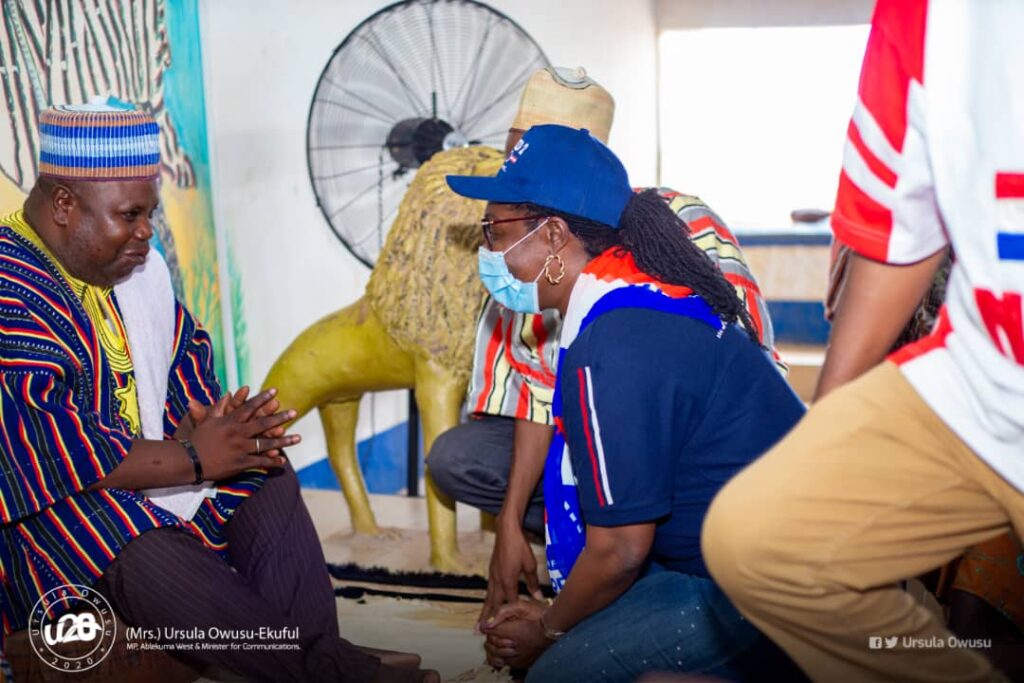 “We are lovers of peace and development. As the elections draw closer, we can assure that we will not do anything that will undermine the peace we are enjoying in the country.

“Let me appeal to you Naaba to speak to your people so that for the first time in he history of Pusiga Constituency, the NPP candidate Mr. Abdul Karim Dubiure will represent you in Parliament”, Mrs. Owusu-Ekuful said. 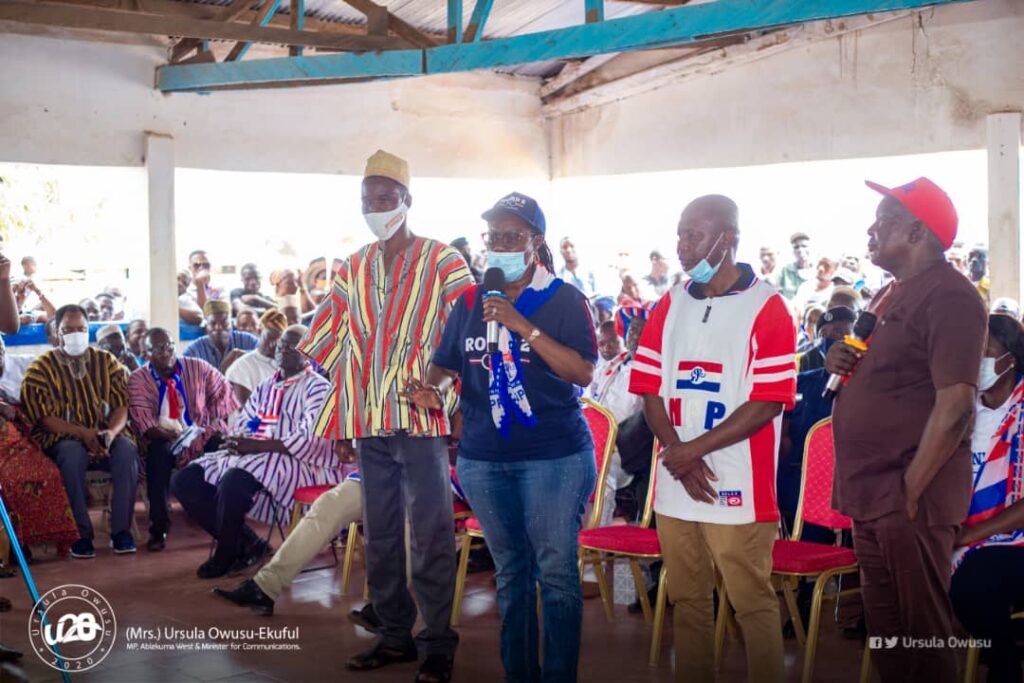 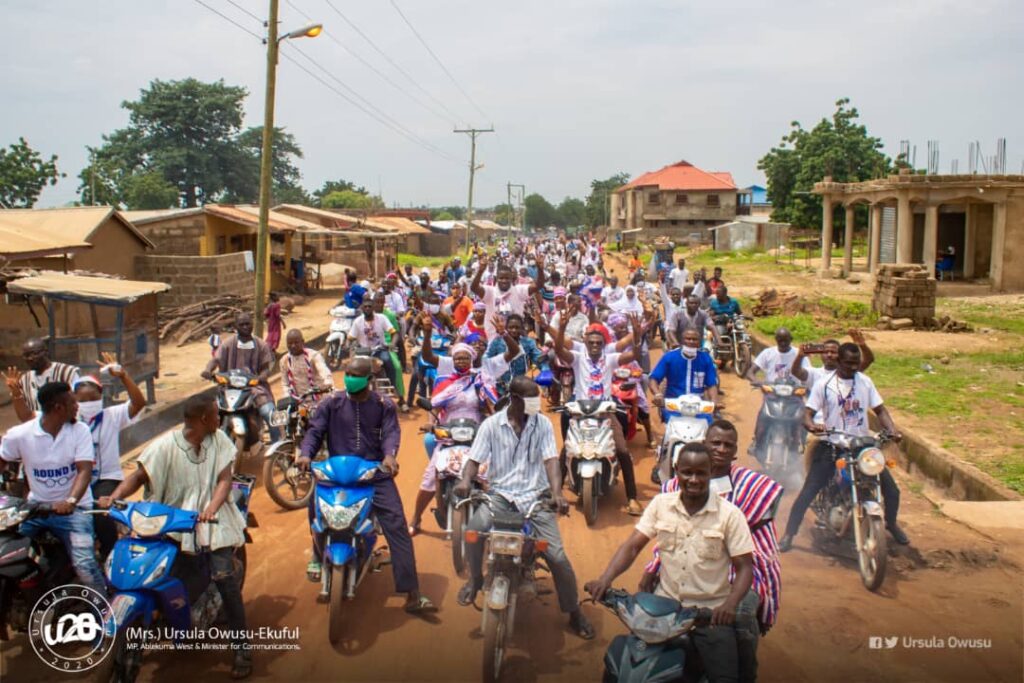