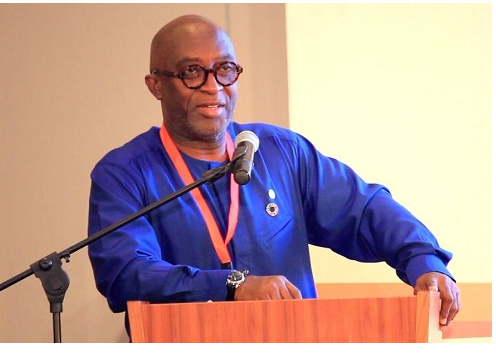 The Chief Executive Officer of the Ghana Investment Promotion Centre, Yoofi Grant, says President Akufo-Addo is gradually building Ghana to make it one of the best destinations for businesses and investment.

According to him, the last three years of the NPP administration has seen a transformation of the Ghanaian economy and has urged Ghanaians to retain the President in the upcoming December polls.

Speaking at the second edition of NPP’s virtual rally, Mr Grant said the NPP government under Akufo-Addo has put in place measures that helps the private sector to thrive adding that the government is working to enhance the prospects of a win-win environment for both private sector and country; an environment where companies cannot just survive, but actually thrive.

He added that it will be an error for Ghanaians to hand over the governance of the country to former President John Mahama after he failed in the last four years to implement policies that helps development of the country.

The Minister for Zongos and Inner City Development, Dr Mustapha Hamid at the same event also urged Ghanaians to reflect on their daily activities since the NPP came to power and vote wisely on December 7.

According to him, only the NPP initiate projects and policies that inure to the benefit of the citizens when it is in power.

“I want u to reflect not on arguments on radio and TV but on arguments that dictates your daily activities and vote on December 7…it is only the NPP that comes to government and does something valuable for the citizens and the people of the country,” Dr Hamid said Sunday during the NPP’s second edition of the virtual rally.

He added “if you are talking about maternal healthcare, it is NPP, health insurance, One District, One Factory, One village One Dam, it is the NPP, planting for food and jobs, it is the NPP, free SHS, so I ask myself if the NDC comes to power what do they do, if they go to their cabinet meetings what is the outcome of those meetings.”

“We don’t need to labour the point, it is a choice between progress and retrogression…there is only one candiadte on the ballot paper for December 7, the others are non candidates.”