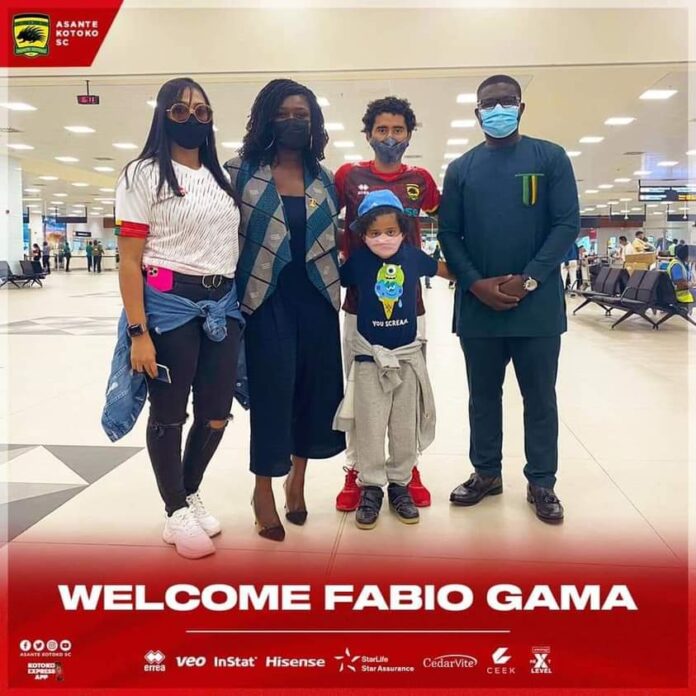 The 28-year-old Brazilian touched down on Monday accompanied by his wife and son and will immediately join the rest of his teammates ahead the trip to Berekum Chelsea for the match day two of the Ghana Premier League. 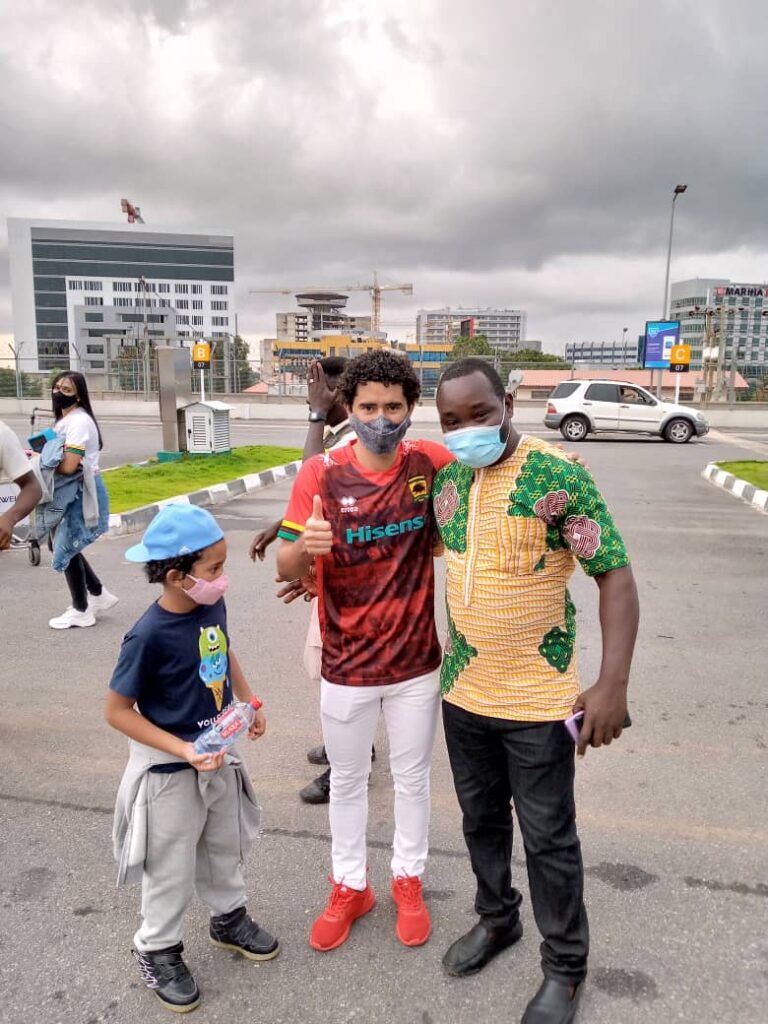 His arrival will be seen as major boost for the uninspiring Porcupine Warriors team in the first league game with Eleven Wonders.

He was met at the airport by club’s C.E.O Nana Yaw Amponsah and management member Dentaa Amoateng. 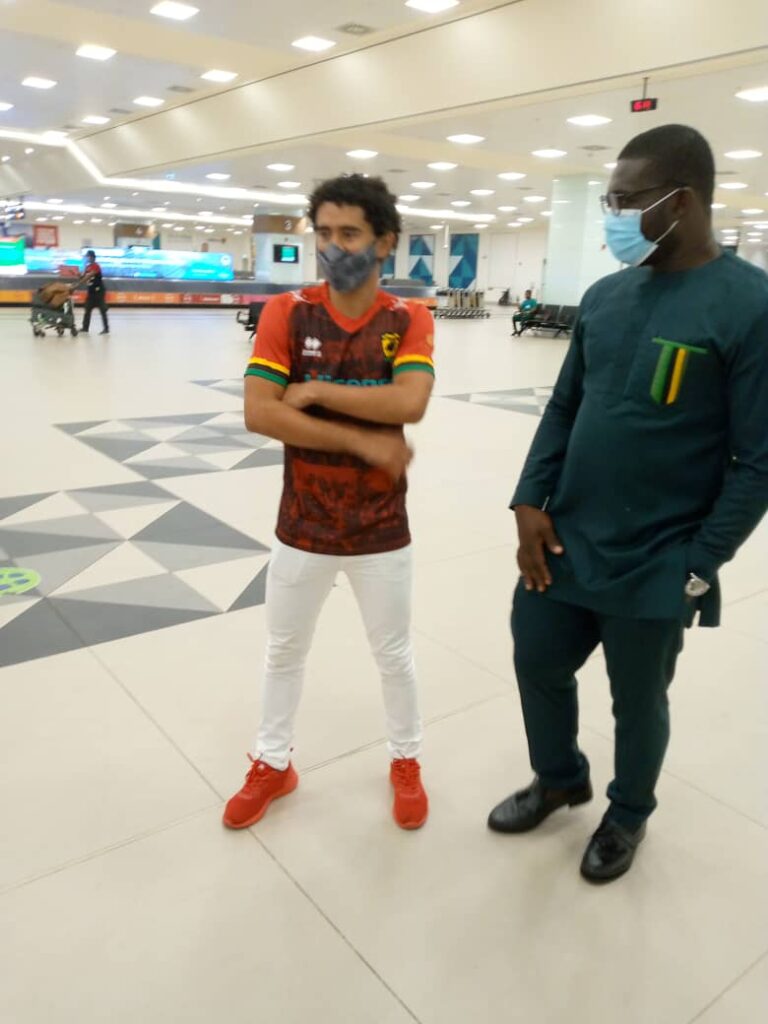 Gama Dos Santos joined the Ghanaian giants as a free agent after parting ways with Swedish second-tier side Jönköpings Sodra IF in March 2020.

He has also played for IFK Värnamo in Sweden.