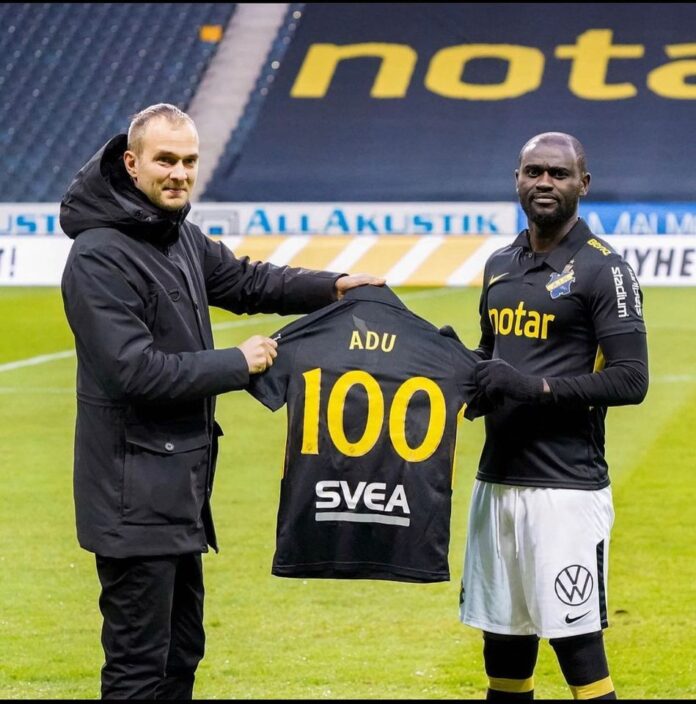 Ghana international Enoch Adu Kofi is delighted to have made 100 appearances for Swedish side AIK Football.

The 30-year-old celebrated his centurion of appearances for the club in AIK’s 2-0 home defeat to Örebro SK at the Friends Arena.

The Ghanaian midfielder was handed a starting berth by manager Bartosz Grzelak but had to be substituted for Bilal Hussein in the 56th minute-mark of the game.

I am very happy to have made my 100th appearance in this shirt, i’m very proud to be in this club’s history. Thanks for the support family, friends and fans, really appreciate it.” he wrote on Facebook.

Enoch Adu Kofi joined the Swedish giants in 2017 from Turkish side Akhisar Belediyespor and has since been an integral member of the club.

The Kumasi born player started his professional football with Corners babies and later moved to Liberty Professionals FC in Accra before moving to Europe after featuring for the national Under 17 team in 2007.