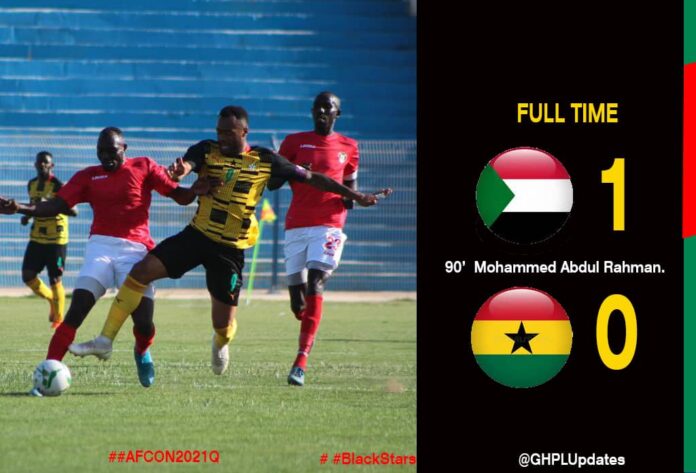 Ghana’s quest to secure a ticket for the Next AFCON suffered a jolt after a loss in the qualifiers in Omdurman to Sudan on Tuesday afternoon.

The Black Stars failed to keep their 100 percent record in group C of the qualifiers after a late winner for the host by danger-man Mohammed Abdul Rahman.

After a goalless first half, both teams pushed to grab all three points at stake in the second half until the host grabbed all three points to secure their second win of the qualifiers through a late strike from Mohammed Abdul Rahman to hand Ghana its first defeat after four games.

The Black Stars will take on, South Africa and Sao Tome and Príncipe in their remaining qualification fixtures in the next International break.