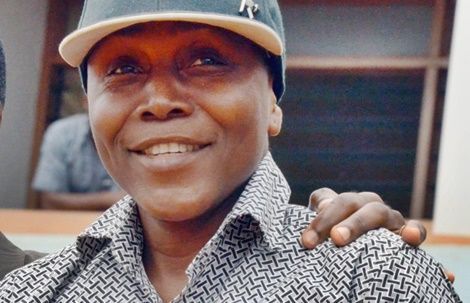 The Afoko family has denied reports suggesting the passing of Gregory Afoko.

However, in a statement, the family urged the public to disregard reports Mr Afoko’s demise.

“This malevolent false news is without credibility. The hidden hands behind it are doing so to achieve a certain evil outcome.

“The family will hold the authorities individually and collectively responsible if anything untoward happens to Greg.

“He has been held unlawfully in BNI custody in solitary confinement for over a year. Unlawfully because he had been remanded into prison custody by a court but was removed by force from the Nsawam prison to BNI custody where access to him has been excessively restricted. These developments make us suspect that someone is hatching a sinister plan to harm our son. We are forced to call on the Builsa community and all those who GENUINELY believe in human rights to collectively save a soul who has been facing gross injustice at the hands of the state and its actors,” the family said.

Afoko and one Asabke Alangdi are standing trial on charges of conspiracy to commit murder and murder for allegedly killing the Upper East Regional Chairman of the New Patriotic Party (NPP), Alhaji Adams Mahama, in 2015.

They have pleaded not guilty to all the charges.

Why is Afoko on trial?

Alhaji Mahama suffered severe bodily injuries after a substance suspected to be acid was allegedly poured on him in front of his house in Bolgatanga on May 20, 2015.

He later died from the injuries at the Bolgatanga General Hospital.

Afoko was arrested and charged with the offence. Alangdi, however, went on the run.

After about a year of courtroom wrangling between prosecutors and defence lawyers, on February 23, 2016, the Accra Central District Court committed Afoko to stand trial at the Accra High Court.

Afoko was charged with conspiracy to commit murder and murder.

On January, 28, 2019, however, the Attorney -General (A-G) filed a nolle prosequi to discontinue the trial following the arrest of the other suspect, Alangdi, who had been on the run since the incident occurred in 2015.

Lawyers for Afoko filed for bail at the Accra High Court, presided over by Justice George Buadi, with the arguments that their client deserved bail because the State was not ready to prosecute him.

Mr Osafo Buabeng, lead counsel for the accused person argued that the nolle prosequi by the A-G after more than three years of trial showed that the State was only interested in keeping his client in custody and not serious about the prosecution.

On March 14, 2019, Justice Buadi rejected the arguments by the A-G that Afoko was a flight risk, and admitted Afoko to bail in the sum of GH¢500,000 with two sureties, one of whom must be justified.

As part of the bail conditions, the court further ordered Afoko to report to the headquarters of the Criminal Investigations Department (CID) of the Ghana Police Service every two weeks.

Dissatisfied, the A-G filed an appeal at the Court of Appeal and also filed for a stay of execution at the High Court pending the final determination of the appeal.

On March 22, 2019, Justice Buadi dismissed the application for stay of execution on the basis that the A-G could not prove any exceptional circumstance to convince the court to halt the bail.

The Court of Appeal also dismissed an application for stay of execution pending the appeal by the A-G.