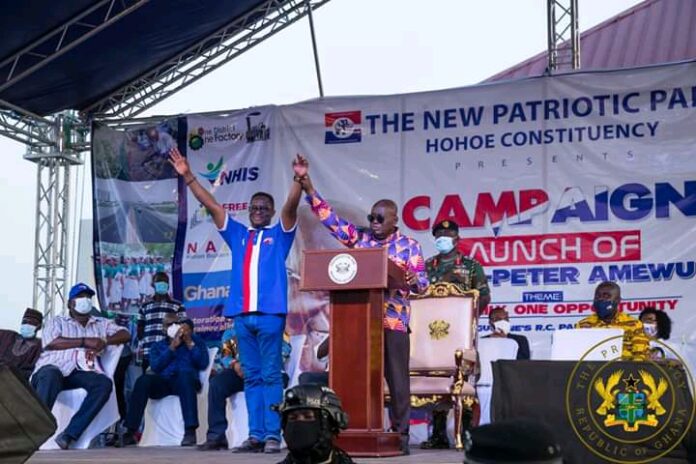 President Akufo-Addo has reiterated his commitment to ensuring that the December 7 polls is conducted in a free, fair and peaceful environment.

The President made the commitment once more while on a one-day tour of the Hohoe constituency in the Volta region on Saturday, 21st November 2020.

While addressing Chiefs and other traditional leaders at the Franco hall, President noted that, Ghana is currently seen as the beacon of democracy and has credentials of conducting very peaceful elections -a reputation his is committed to protecting going into the elections.

He added “Our country is today, a shining beacon of democratic credentials on the African continent as the elections are coming in two weeks, three days time, we should go to enhance that reputation and that status of Ghana. On my part, I want to assure you that whatever that must be done by the government and the security agencies to guarantee the peace and stability of our country and to ensure that the election are conducted in a peaceful atmosphere will be done on my part.”

The President who was welcomed into a rapturous atmosphere by residents and party faithfuls who thronged the St. Augustine park for the launch of Peter Amewu’s campaign took the opportunity to entreat the cheerful crowd to ‘climb the back of the elephant’ in ensuring the transformation of the constituency and the country as a whole.

The 45kW Tsatsadu facility located at Alavanyo-Abehenease in the Hohoe municipality was co-founded by the Danish and Chinese governments through the Renewal Energy Technology Transfer (UNDP-RETT) project.