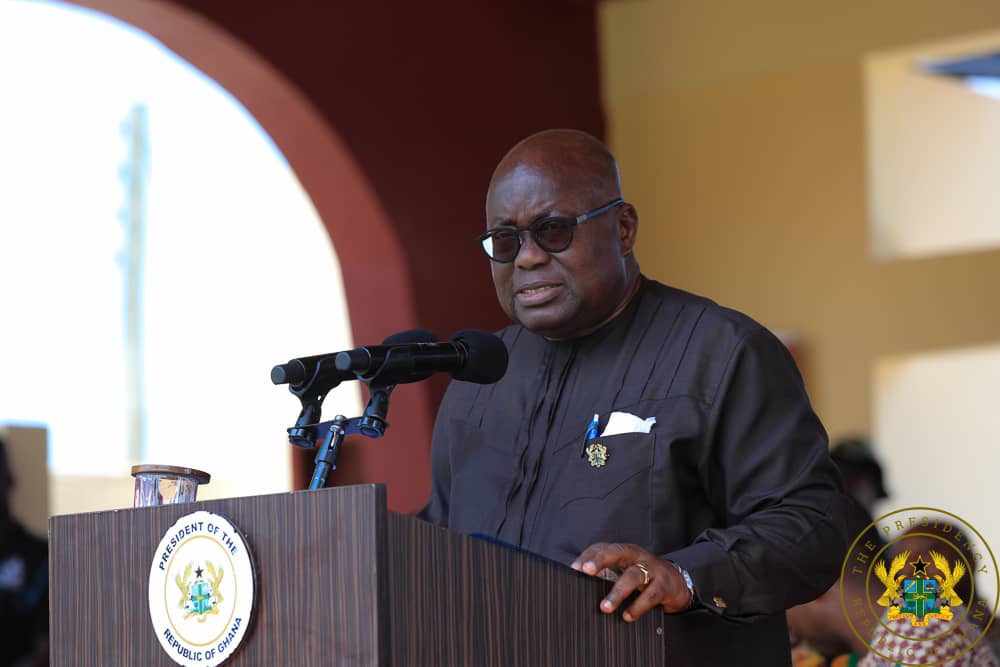 President Akufo-Addo says critics of the Free Senior High School have been shamed by the performance of the first batch of student-beneficiaries of the programme.

President Akufo-Addo called out on opponents of the policy when he addressed a rally at the Aburi Girls Senior High School park during a campaign whistle-stop in the Akuapem South Constituency in the Eastern Region.

“I am reliably informed that the WASSCE results of Aburi Girls Senior High School was extremely impressive. Those who claimed that the policy was not achievable must be very ashamed now. I will shelve that conversation for now so we deal with it another day. However, I wish to congratulate all

the students for their brilliant performance in WASSCE examinations,” President Akufo-Addo said.

The Omanhene of the Aburi Traditional Area and the Akuapem Adontenhene, Nana Otoobour Djan Kwesi, in his brief remarks traced the traditional roots of President Akufo-Addo to Aburi, indicating that the paternal grandfather of the President whose name was Addo Dankwa, hailed from Aburi and it is his name that the President bears. To this end, he urged the people of Aburi to vote for their own [President Akufo-Addo] in the upcoming 7th December Presidential and Parliamentary elections.

“Former President Atta Mills once said that when a thing is in it’s home, it certainly is a good thing. If Nana Addo is here and this is his home, then I urge you to do the right thing. Indeed, I speak to you in a parable,” Nana Otoobour Djan Kwesi, the Akuapem Adontenhene said.