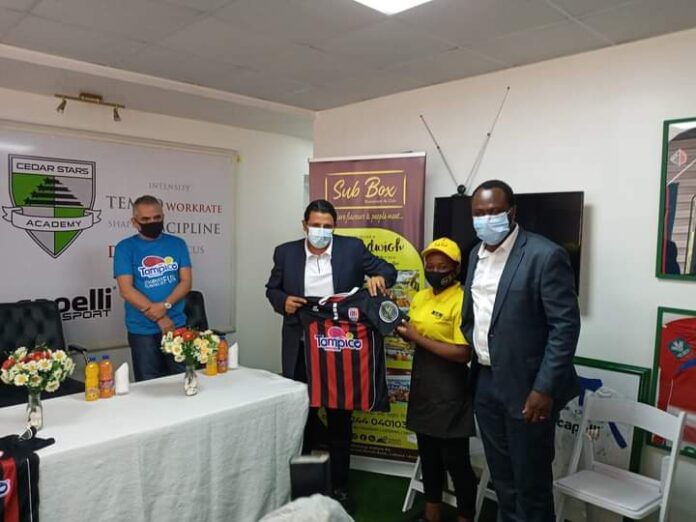 The deal signed on monday at the clubs office will see the club getting 360000 in cash and 10000 cedis worth of products with the company having its “TAMPICO” logo on Inter Allies’ Jerseys until the end of the 2020-21 football season.

Inter Allies CEO, Delali Senaye expressed his excitement at the bumper deal with their new sponsor, “We are pleased to have TAMPICO as a sponsor and we look forward for a healthy relation in achieving our mutual goals.”

He added: “We are very grateful to for coming on board to support us in this difficult moment.”

The CEO also encouraged more local companies to as part of their social responsibilities come on board and support football clubs.

“this package is a healthy one. This sponsorship represent half of our wage bill of our players.the funds from this deal can pay our players for the next 6 months while we struggle to pay the rest. Covid19 has affected a lot of industries and football is not an exception so for a company to support us with such an amount, we are very grateful.” He told Starr FM Sports

On why Acadia Limited(Tampico) decided to sponsor Inter Allies,
Managing Director of Acadia Industries,Fouad Moufarrej said ” Inter Allies is a big club, hence we want to associate our brand with them so we can grow as well”