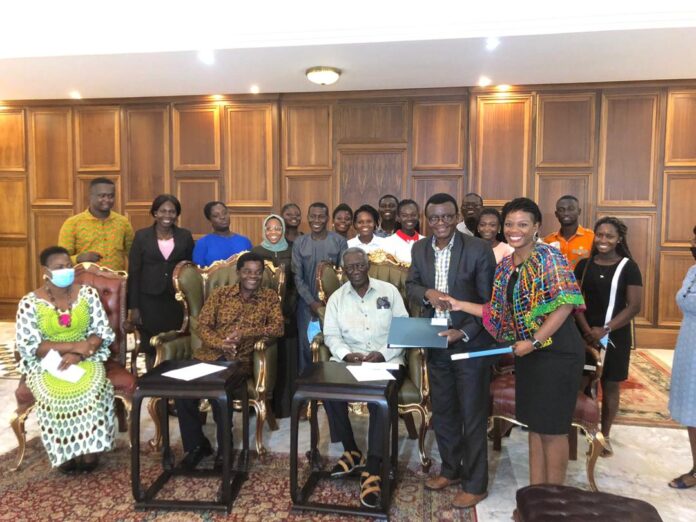 The John Agyekum Kuffuor Foundation, a leadership-based organization has partnered the Mountcrest University College to provide extensive leadership training to beneficiaries on a scholarship basis.

Recipients of the collaboration include alumni and current scholars of the Kuffuor Scholars Program.

The Memorandum of Understanding between both organizations will see twenty scholars benefit from the $10,000 per head scholarship to study postgraduate programs in Law and Public Health, every year for the next five years.

CEO of the JAK foundation Prof. Agyemang Duah noted that the outfit has over the years striven to prepare young people for future leadership roles, hence the collaboration. 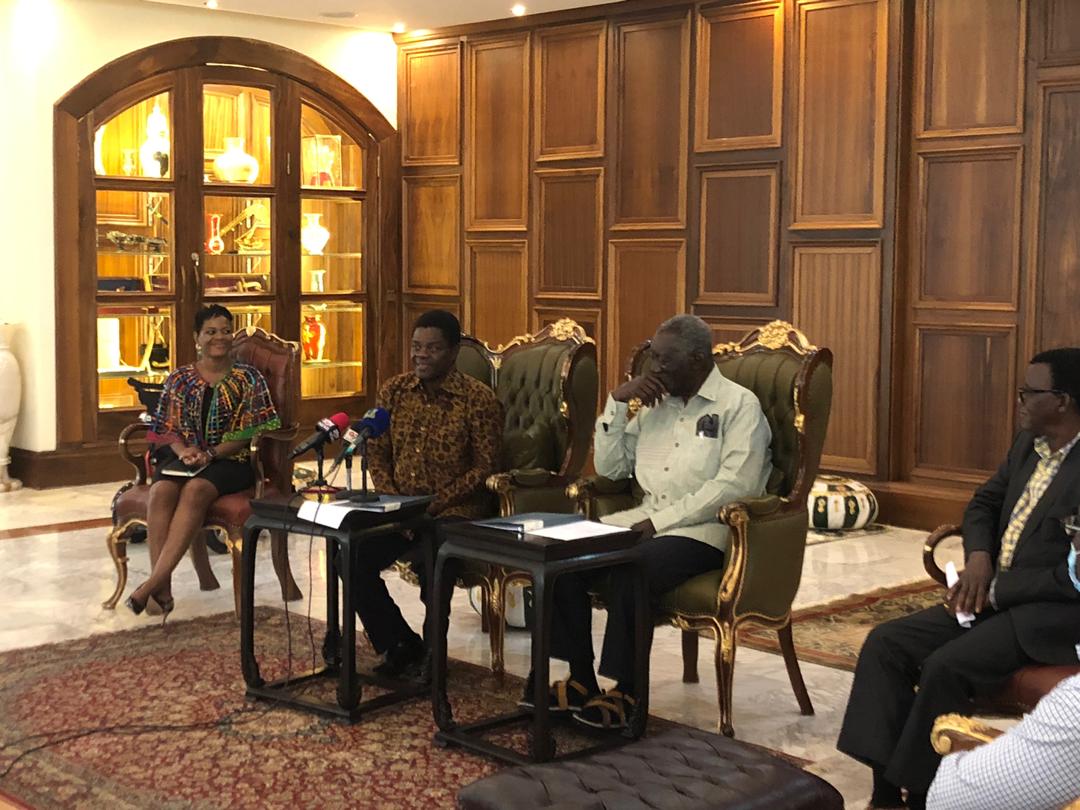 Addressing the media during the signing at President Kuffuor’s residence, he noted “for the past six years, the JAK foundation has been working assiduously to prepare young people for future leadership. That effort was inspired by the founder and chairman of JAK.

He went on “six years ago he inspired us at the foundation to initiate a program that will prepare young people for future leadership. And as he told us, from all his experiences, starting public life at a tender age of 29 all the way through the decades to become president.

“Through his travels around Africa and other places on the globe, there’s one thing that has impressed him about the challenges of development in Africa and he told us that challenge is leadership. That unless African countries got their leadership issues right, development in terms of good governance and seeking the well being of the people, these two items will not be possible.” 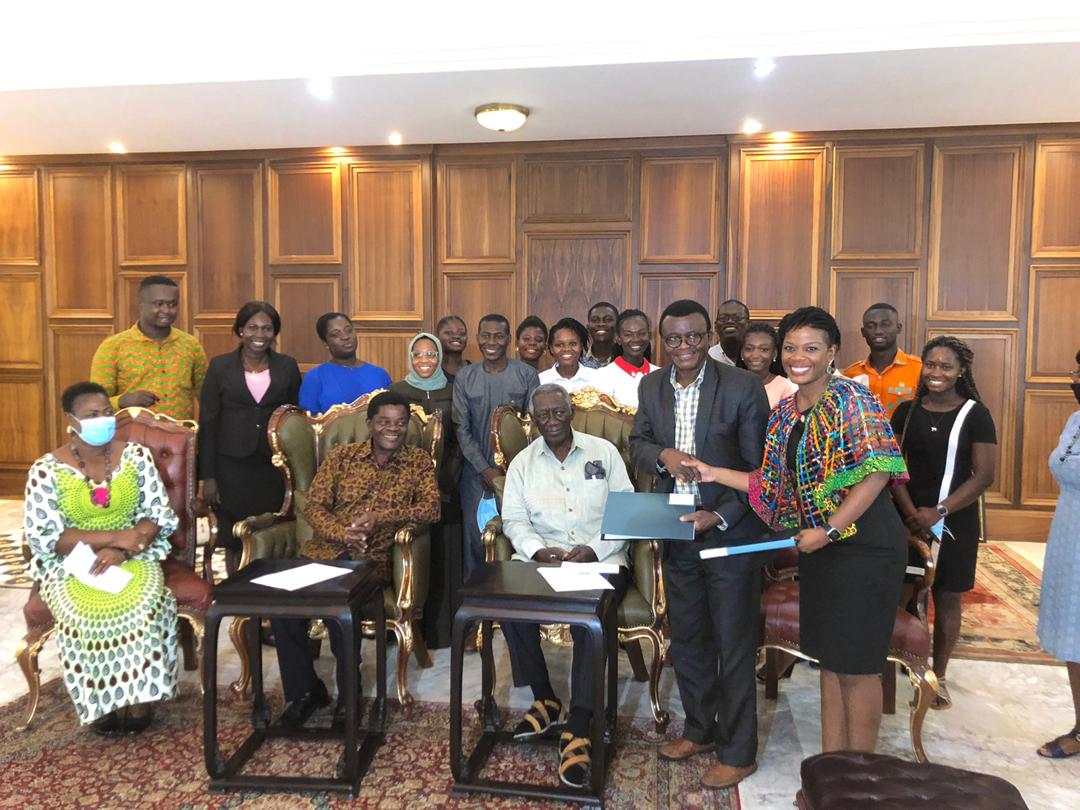 Continuing on the foundation’s leadership program, he noted “at the moment we have more than 130 young people coming through this program. The program is limited to students in tertiary institutions. After three years in the program, you graduate.”

Rector of MountCrest University Irene Ansah Asare Horsham on her part noted that her institution only focuses on programs that aid in national development.

She indicated “we thought that the values of the JAK mirrored the values of Mountcrest University College in the sense that our focus is on capacity building for development. And having that basis of leadership and good governance just automatically moves on to areas of sustainability and development. This marriage which is giving birth to an extension of the Kuffuor scholar’s program is to give that compliment of the technical skills that will build capacity.”

She added that “the programs that we are to launch would be graduate programs. We are starting off with law and public health, and then moving on to business studies, education.” 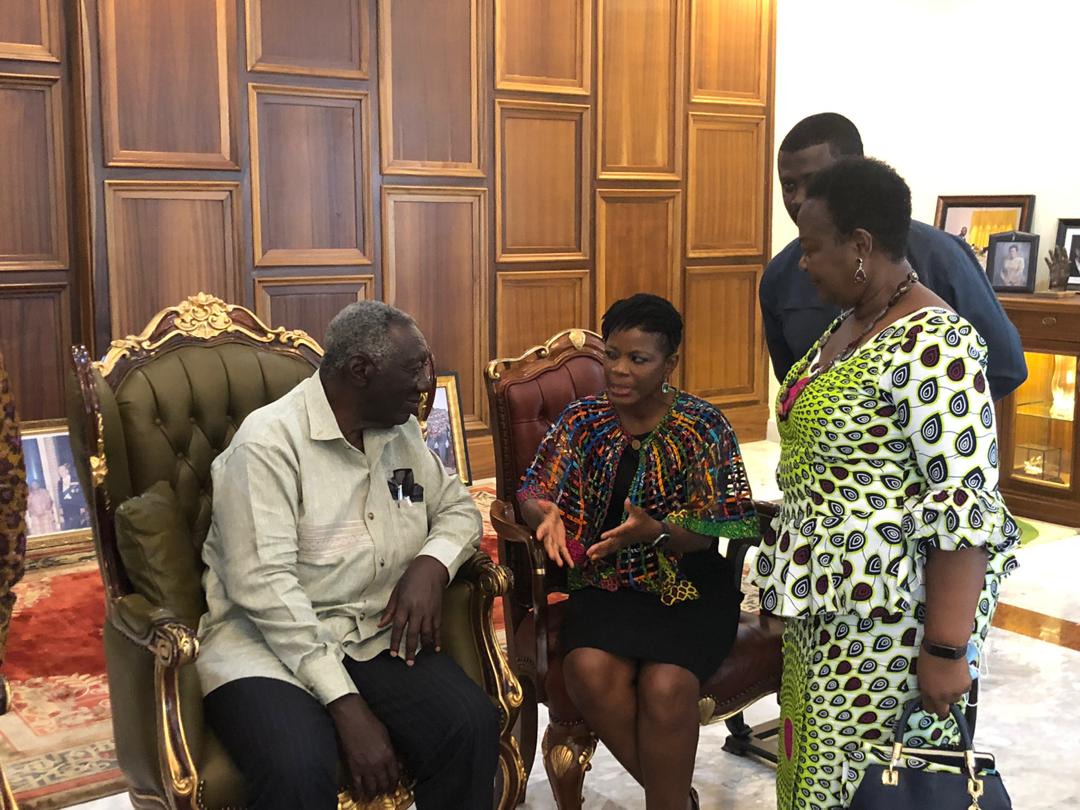 People who have not had the benefit of going through the Kuffuor scholar’s program would have to go through an academy a Mount Crest on leadership and governance.

Founder of the JAK His Excellency John Agyekum Kuffuor admonished beneficiaries to be missionaries of change in the society.

He insisted “when you get the chance to enter into such institutions you must know that you are privileged and that your training should be put in the service of the generality of the people who are not as privileged as you. So this is mentoring, by the time you get your degree from the tertiary institutions like Mountcrest, you know you have to go out there as a missionary to help better the lots of the many of us who haven’t been too exposed as you.”

“The foundation was to help nurture the youth of Ghana and hopefully our continent Africa in the skills of leadership, because right from scratch we wanted the message to go out that leadership is the most critical factor for transformation of society, of all human endeavors,” he highlighted.