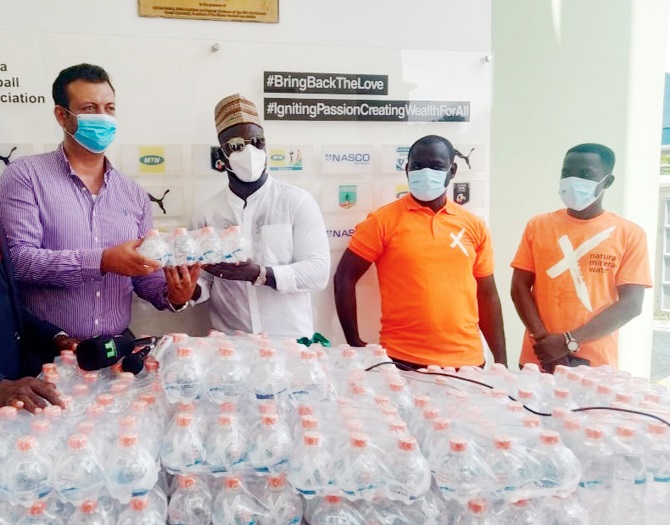 The senior national team, the Black Stars, has received support of 400 packs of X Natural Mineral Water from JRV Manufacturing Company Limited ahead of their match against Sudan on Thursday, November 12.

The donation forms part of the company’s Corporate Social Responsibility (CSR).
Mr. Stephen Appiah, Manager of the Company, said water was important in undertaking any sporting activity, saying, “water is like fuel to the human body.”

Mr. Appiah, who was a former captain of the Black Stars, said during his professional football career, water was an essential part of their training and matches, adding that, it became worrisome whenever it was inadequate at camp.

He said this was the reason they decided to donate to the national team ahead of their matches to make sure water was in full supply whenever it was needed.

Mr. Jamil Maraby, Head of Marketing at the GFA, said they were grateful for the donation, adding that, this would go a long way to augment their preparations ahead of their matches.

He called on other organizations to emulate the gesture and the public to support the team to bring victory and glory to the country.