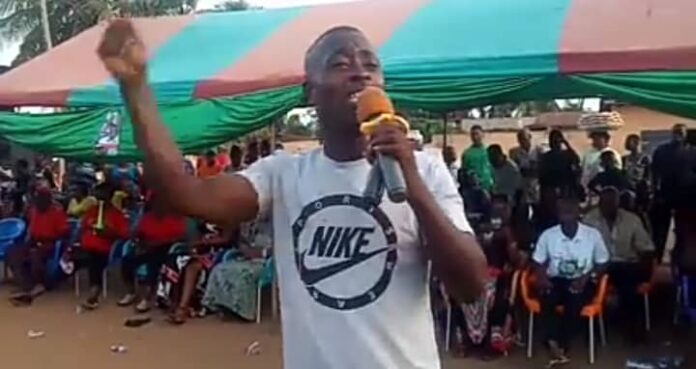 A popular activist of the New Patriotic Party in the Ketu South Constituency, Peter Agblevor, and some fifty others have defected to the opposition National Democratic Congress, ahead of the December 7 polls.

Mr. Agblevor who was known to be very critical and uncompromising to the National Democratic Congress in the past, joined the party few days ago, citing bad leadership, corruption, favouritism and nepotism for his defection and that of the other 50 persons he referred to as his boys.

The now NDC member and ‘his boys’ have actively joined the campaign of the Ketu South NDC’s Parliamentary candidate Dzifa Abla Gomashie.

At a recent community engagement, where he made his defection publicly, Peter Agblevor further indicated that his decision to exit from the ruling NPP is as a result of the humiliation and targeted attacks people of Ewe origin had to go through during the Voter registration exercise among many other issues.

“I was in class five when the NPP party was brought to Ketu and since then, I remained one of the few who have built it through the years. Unfortunately, there is nothing good with the current NPP administration being led by President Nana Addo Dankwa Akufo-Addo. The corruption is too much, the attack on people of Ewe origin is another issue among others that have pushed me and my boys out of the party.”

For Peter Agblevor and his boys, every good project in Ketu South was done by the NDC, a reason for which he has joined the #MahamaAfa campaign to ensure that the party comes back to power.

As campaign activities continue to heat up, Peter Agblevor has hinted that the NPP would have no fortunes to make in Ketu South during the December 7 polls, since the NDC is with no independent candidate this time round.