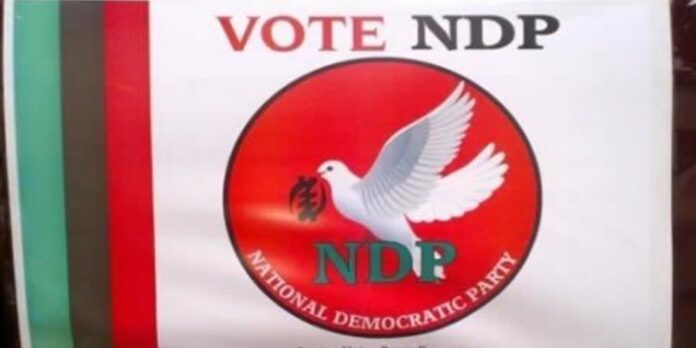 According to the party : “For the past decade, these elements led principally by the Ahwois and the Mahama group within the NDC, orchestrated a series of coordinated attacks aimed at destroying the legacy of Jerry John Rawlings. This, they did, by sponsoring political neophytes JJ himself aptly described as ‘babies with sharp teeth’ to unleash barrages of insults and spew damning political rhetoric on the persons of Mr. and Mrs. Rawlings. Even the eventual ostracization of Mr. and Mrs. Rawlings from the NDC was inadequate to appease them”.

Addressing a press conference in Accra Monday, the NDP led by the widow of the late President Nana Konadu Agyeman-Rawlings said it will not allow the NDC to take undue advantage of Mr Rawlings’ death when they disrespected him while he was alive.

“As recently as this year, Prof. Jane Naana Opoku Agyeman, the running mate of the NDC wrote the foreword of a book by Prof. Kwamena Ahwoi which was aimed at destroying the legacy of Jerry John Rawlings. Indeed, in the weeks leading up to his demise, President Rawlings made it clear to all those he had meetings with that he was extremely heartbroken that neither the leadership of the NDC nor the Executives had made any statements in defence of the Founder nor to correct the lies in the book.

“Today, the political henchmen who were utilized for such diabolic assignments have been rewarded with high positions in the NDC under John Mahama and those who picked up the baton are also expecting big posts under a Mahama government. Those who produced forewords of books that cast the founder of the party in bad light are hoping to occupy the highest positions in government on the ticket of the party which was formed through the sweat and blood of Jerry John Rawlings. And now, upon his demise, they are seeking the limelight for more personal political gain! How dare they.”