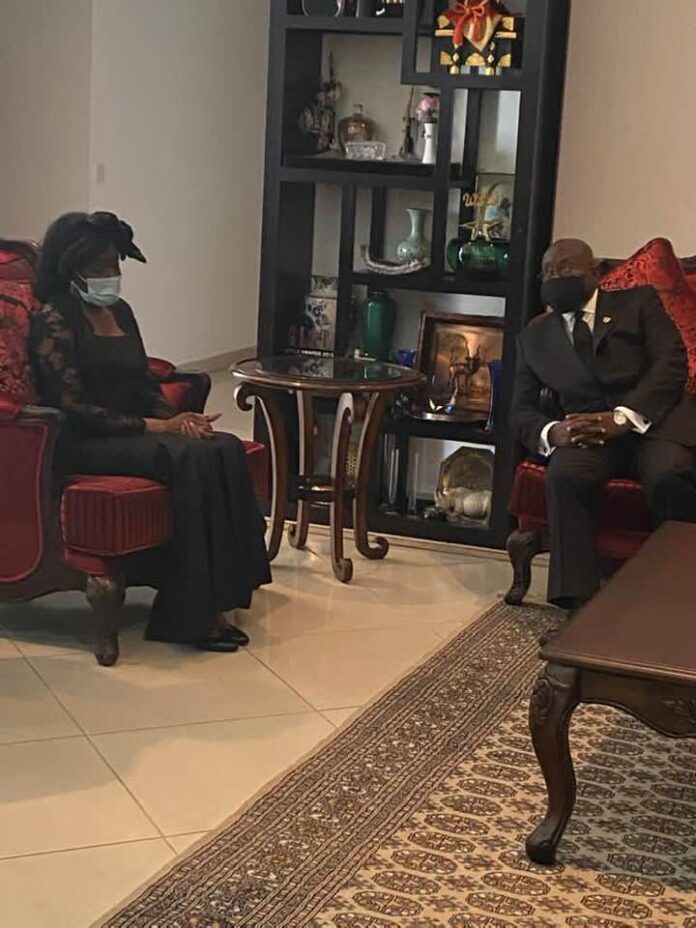 President Akufo-Addo has led a government delegation to the home of the late former President Rawlings to commiserate with his wife and family over his passing.

The President is accompanied by his chief of Staff Akosua Frema Opare and Vice President Mahamudu Bawumia.

The President has assured the state will give a befitting funeral to the late leader.

Mr. Rawlings had been on admission at the Teaching hospital since Sunday, Starr News sources say.

It comes weeks after the passing of his mother.