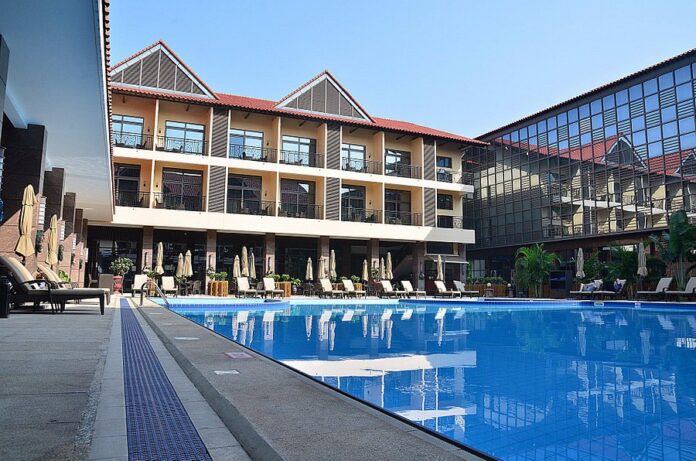 Tang Palace Hotel- a four-star hotel in Accra is expected to expand aggressively, despite the devastating effect of the coronavirus pandemic on the hospitality industry.

Sajid Khan, the general manager of Tang Palace Hotel sees the hotel move from a four-star to a five-star hotel in the near future.

Khan said investors have approached the management of the hotel for a franchise to develop this five-star hotel.

“We have been approached for the franchise and the plan for Tang Palace Hotel is to come up with a five-star hotel – Tang Paradise hotel and Tang Place which will be a three-star hotel. People are approaching us to give them the franchise. We are willing and we have a plan to give a management agreement of franchise,” he said.

Khan said the COVID-19 pandemic has affected the hotel but hopes to recover soon. “The whole hospitality industry was badly affected; we were closed for months. We opened in October but we see business is very slow. But we can understand, at the moment Europe is affected, foreign travellers are not coming in but we are still hopeful that we will recover soon.”

Survival of the fittest

He said the hotel is yet to receive any form of financial support from the government but has had moral support. 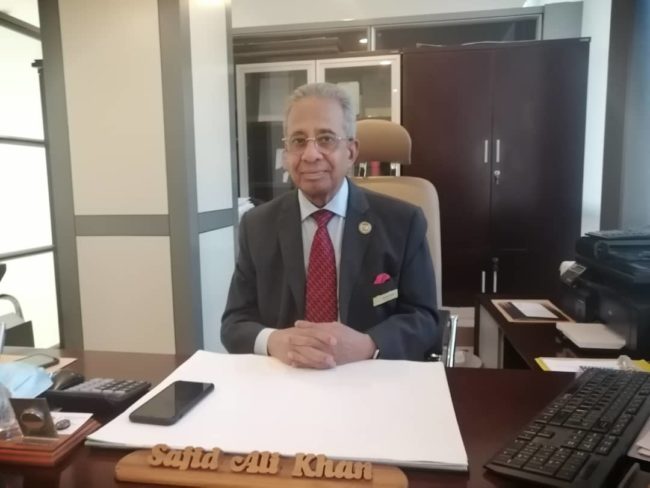 “Once we have closed the hotel and no revenue coming in, employees were still being paid and if this goes on for long it will be difficult for hotels to keep paying their staff and keep the hotels open.

“If you need to break even you have to 50 – 60 per cent occupancy with this rate, however due to the pandemic on the business all hotels have lowered down the rates. We have no choice but to get some business. So we are giving a lot of discounts and doing a lot of promotions to get some kind of business,” he said.

Khan added, “Occupancy has gone down to 20 -25 per cent where some hotels were enjoying about 80 – 85 per cent occupancy.”

But the general manager said Tang Palace Hotel has survived the negative impact of the coronavirus due to its standard of services and satisfaction of clients. He praised the Ghanaian culture-setting of being hospitable as a magic positive attribute.

Khan said the hotel’s standard of service has helped it stand out thereby winning regional, national and international awards in the past five years.

The hotel has been honoured by the Ghana Tourism Authority (GTA) for its outstanding performance for the year 2019.

This year’s GTA Greater Accra Regional Awards which was marked under the theme: “Growing Tourism Beyond the Return,” the Tang Palace Hotel was adjudged four-star hotel of the year 2019.

This makes it three times the hotel has won this award in just over five years of its operations; it consecutively won it in 2017, 2018 and 2019.

The citation accompanying this year’s award paid glowing tribute to the Tang Palace Hotel is renowned for its ultra-modern facilities, excellent hospitality and unparalleled customer services provided by impeccable groomed professional staff has resulted in the hotel winning for the third consecutive time the four-Star hotel of the year award in the Greater Accra Region.

“The award is in recognition of efforts made over the years to strive to maintain quality standards thereby exceeding the expectations of your numerous guests,” the citation added.

Recognizing the awards, the general manager said the awards have “boosted the morale of the hotel staff and the management team” adding that they “will continue to offer the best services to our clients so that we keep winning.”

“This is a good marketing for us,” Khan added.

He said the hotel will continue to hold high its maintenance culture, adding “even when we were closed, we painted the whole place to make sure our clients have the best and a serene environment.”

It is one of the flagship events of the GTA held annually and it sets the tone for high standards in service delivery among practitioners in the tourism sector.