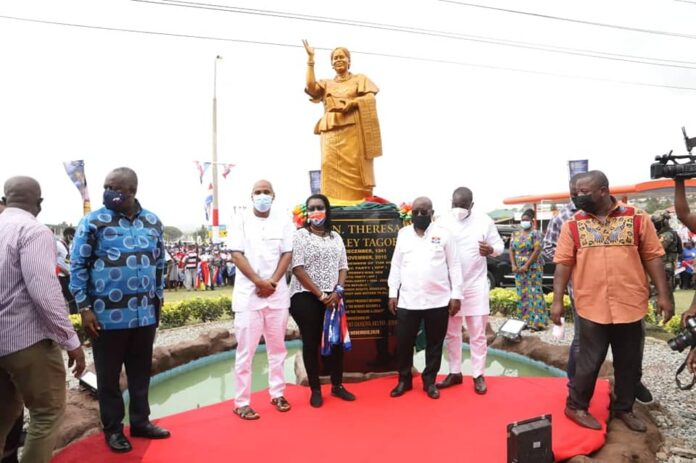 President Akufo-Addo says the late member of Parliament for the Ablekuma South/West Constituency who founded the women’s wing of the New Patriotic Party (NPP) Theresa Tagoe was “a politician of first rank”.

“We have met here today on a sad but joyous occasion, sad because we have come to remind ourselves of the passage of a colleague, who was a valiant member of our struggle for freedom and democracy in Ghana” the President said in his address at a ceremony held at the Dansoman roundabout to honour the life and service of the late former Member of Parliament and to name the Dansoman roundabout after her as well as unveil a statue of her at the roundabout.

President Akufo-Addo attended the memorial ceremony as part of the second day of his two-day campaign tour of the Greater Accra Region, which was organized by the sitting member of Parliament for Ablekuma West Constituency, Ursula Owusu Ekuful, to honour the late MP, ten (10) years since her passing into eternity.