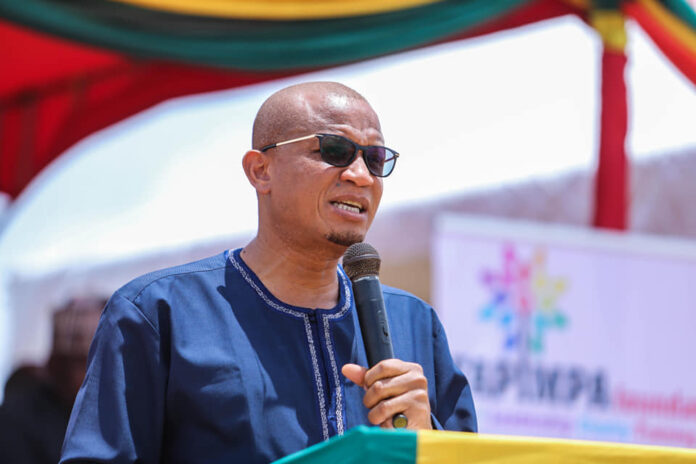 The ruling New Patriotic Party has accused the opposition National Democratic of whipping up tribal sentiments for electoral gains in the ongoing Presidential and Parliamentary elections.

According to the party, the NDC is resorting to mischief and lies as polls come to an end.

Addressing a press conference in Accra Monday, a deputy campaign manager of the party Mustapha Hamid said the NDC is anticipating defeat hence their baseless accusations.

“Today, they [NDC] are calling on the people of Volta Region to rescue them, you don’t call a press conference hoping that you can use one hour to rescue your campaign and be tribalistic about it. If there are people we need to point fingers at for undermining the election, it’s the NDC. The NDC is clutching at straws to survive because they know they’ll lose so that when they lose, they’ll say it’s because of some infractions,” he said.

Meanwhile, the Director of Elections of the opposition National Democratic Congress Elvis Afriyie Ankrah has called on polling agents of the party to stay alert during the counting of ballots as polls near closure.

According to the party, efforts by the ruling NPP to rig the elections are being monitored and thwarted.

“We call on all our agents and all Ghanaians to stay alert. When voting is done and counting begins, go to the polling station and monitor the counting. And our polling agents we are asking to be extra vigilant during the ballot counting, especially in the Ashanti region,” Mr Afriyie Ankrah noted at a press conference in Accra Monday.

He also noted the NDC is confident of victory by the close of polls.

The National Democratic Congress has alleged that some EC officials in various polling stations in the Ashanti region are directing voters to vote for NPP candidates in both the parliamentary and presidential polls.

Addressing a press conference on Monday, the NDC Ashanti Regional secretary, Kwame Zu alleged that several EC officials in the Adansi Asokwa and other constituencies were aiding and directing voters to cast their ballot for the NPP candidate.

The NDC also alleged that the incumbent MP, KT Hammond in the company of some thugs scuttled the peaceful voting process and attempted to intimidate some voters.

The NDC among a litany of allegations also claimed that some voters in Ejisu were handed already thumb printed ballot papers and urged the voters to drop them in the ballot boxes.

Zu alleged that the already thumb printed ballot papers were done secretly at Georgia Hotel according to their sources. The party also claimed that the EC in some polling stations were using a new yellow ink for validation.