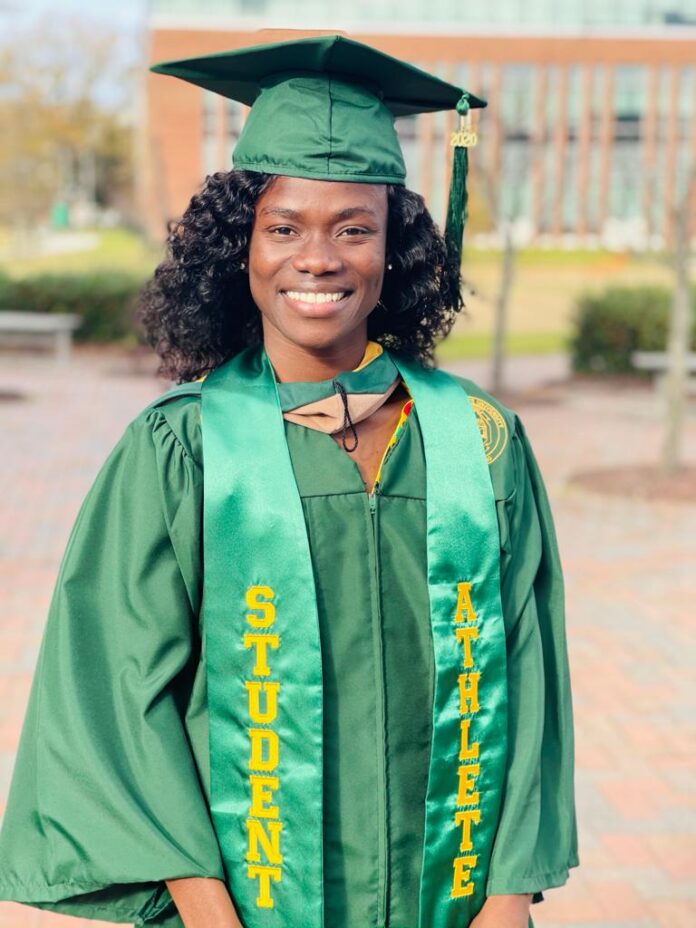 Ghana’s Martha Bissah, who represented Ghana at the Summer Youth Olympics in 2014 has completed her degree programme at the Norfolk State University in the United States of America over the weekend.

She completed the four year-long course with a Bachelor of Science, majoring in Management.
During her time at the university, she was named the Female Athlete of the Year for two consecutive years in 2018 and 2019.
Her award in 2019 came after she set a new championship record in the US’ Mid-Eastern Athletic Conference (MEAC) women’s cross-country with a time of 17 minutes, 16 seconds.
In the 2018-19 season, amongst other laurels, she became the first MEAC athlete since 2002-03 to repeat as the MEAC women’s cross-country champion with a time of 18:02.04.
She won her third consecutive MEAC 800m outdoor title setting a personal record of 2:03.13 and once again repeated as MEAC 1,500m champion in a meet-record of 4:28.62.
In the month of February 2017, Martha won four gold medals at the Mid-Eastern Athletic Conference Indoor and Track and Field Championships.
At her first outdoor season at Norfolk, she won another individual MEAC gold medal and also qualified for the NCAA East Preliminary Round.
At the 2014 Youth Summer Olympics, Martha won gold in the girls 800m race – Ghana’s first ever Olympic gold medal at any international event.