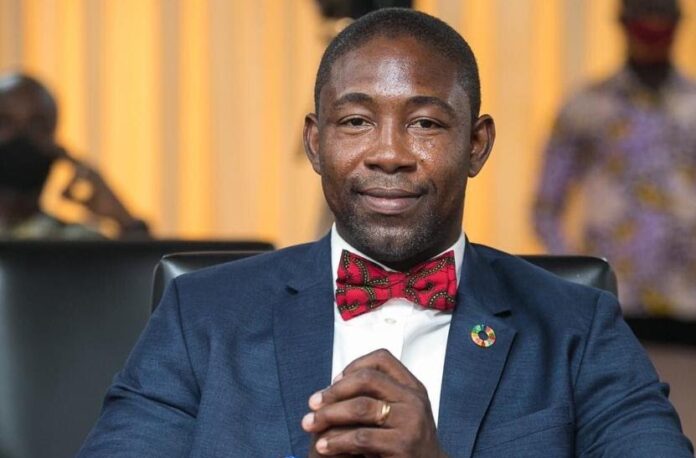 To the media and many outside the Ledzokuku constituency the loss of Dr. Okoe as MP is a big surprise, not so to many of his own foot soldiers with whom the day to day running of the constituency fall. Indeed Dr. Okoe Boye was pushed from the seat.
It is important for the media fraternity, all and sundry to know that “The Good Doctor” dug his own grave and swiftly slumped in it.

I have heard flimsy excuses in the media that the good Doctor was voted out because he did not attend outdooring and funeral. Laughable, but why not? It should be noteworthy that Ledzokuku has never been in opposition, MPs change, but always the winner is from the ruling government. And when the governments change, the MP that loses the seat always loses the votes in the region of above ten thousand votes. So why does Okoe Boye’s removal defy the norm. Two reasons account for that in my opinion

1. Okoe Boye’s second term was imposed on the constituency, because if the primaries had been allowed to go on, he would have lost, and since the polling station executives (delegates) were denied the opportunity to solve their problems from within, they expressed it at the general election as it happened in many other constituencies.

2. Dr. Okoe Boye’s own immaturity in dealing with his constituents especially the polling station executives of the party caused his defeat.

The first point is quiet explanatory so I will go straight to try and elaborate a bit on the second.

He shows gross irreverence to anybody in the Constituency including the party hierarchy and opinion leaders within his party. The Lawmaker sees himself more knowledgeable, smart and most clever than everyone else in the constituency. Clearly, it is surprising how Okoe Boye keeps a fine and a gentlemanly public image as opposed to the rude cheeky and disrespectful attitude towards a large section of the polling station executives who hailed him to power. How can you ignore your political base and believe you will go through. He tried to win the world but forgot that the world did not have the vote in Ledzokuku.

He will often listen to an opinion but will just ignore it, an act which later leads most party elders to stop sharing any opinions with him, most people just sat back and watched waiting to take him off during the next primaries. The defeat of the lawmaker started from the day he won his primaries in 2015. You could sense the subtle arrogance, conceit and the disdain with which he would respond and answer party followers, even at constituency meetings, this became worse and more apparent after he won the seat and became the Member of Parliament for the people of Ledzokuku. Complaints started but most members believed that with time he will mature and grow out of this.

Dr. Okoe Boye’s choice for the MCE lost the contest and this might have infuriated him to the point that he spent all his time as MP fighting the MCE who was appointed by the President. He refused to attend important public functions in the Municipality. Important occasions like 6th March, Framers day etc., rather he would deceitfully take up radio talk show appointments to make his absence look legitimate, perhaps he was expecting a national vote of confidence on the election day. Okoe Boye systematically eroded his own electoral base. The party, the opinion leaders and the council of elders of the Ledzokuku constituency repeatedly made various effort to resolve the issues between him and the MCE with no success., He had completely forgotten that there was an election ahead of him and that the resolution of these petty squabbles will go a long way to enhance his credibility on the ground.

During the District Assembly elections, the party hierarchy and the polling station executives complained bitterly about Dr. Okoe Boye’s behavior. He was said to be supporting two NDC candidates at Tsuibleoo South and Agblizaan electoral area against the choice of the party. Okoe Boye’s supporters openly campaigned against candidates of the Party’s choice. These happened at Tsuibleoo North, Akro West, and Estate north and south to mention a few. Eventually, the party lost heavily in the district assembly elections.

This brought pains in those candidates and their followers, unfortunately, the MP saw nothing wrong with it. It was a heavy hit on the Party but the MP saw it as normal. It is surprising that the MP did not see the correlations between the Assembly’s election and the subsequent pending election.

Objectivity was murdered in the constituency, only those who sang the praises of the MP were listened to. Dr. Okoe Boye only entertained sycophants who sang sweet tunes and praises to his ears. Anyone who tried to be objective was branded an enemy of the MP.

The Law-Markers’ approach in handling the chieftaincy dispute in Teshie may have been one of the reasons that caused his defeat, his demeanor and posture in trying to resolve the chieftaincy issues exposed him as being partial, which led a faction to believe that he had an interest in who becomes the next chief. Chieftaincy disputes and politics don’t make a good mix, he lost the trust of many traditional groups as a result of this.

The behavior and comments from the followers of Dr. Okoe Boye contributed to his defeat, especially those of his special aide who is well known to be an NDC activist and a serial caller. This guy had been on radio many times and had used abusive and unprintable words against former president Agyekum Kufuor and the then-candidate Nana Addo Dankwa Akufo-Addo until he joined the NPP Party 4 years ago. His relationship with the party hierarchy and the grassroots was sickening and Okoe Boye couldn’t do anything about it till his defeat.

He has created a deep crack in the party which has divided the party into different bitter factions and he continues to fuel it with the advice from a selfish and inexperienced cohort who are just seeking their parochial interest.

He ruined the campaign by sidelining the party, singularly handling it with a bunch of sycophants and bootlickers whose only interest is in what comes into their pocket and nothing else.
Dr. Okoe Boye formed a parallel campaign team with his personal aide as head and they ran the campaign from Okoe Boye’s kitchen.

The characteristics of Dr. Okoe Boye, and his followers especially Mr. Amarh (Babylonian) and others led most party members to decide on changing him at the parliamentary primaries. However, the Greater Accra Region led by the Regional Chairman imposed Dr. Okoe Boye on the party with fraudulent rules and trolls which didn’t go down well at all with the party. There was therefore only one action of recourse, show Okoe Boye and the party their disgust at the general election. Dr Okoe Boye lost because the Party at Ledzokuku decided to teach him a lesson.

The region must also learn lessons from the repercussions of imposing candidates on the constituencies.

Finally, let anyone who harbors ambitions of political office in the future, take note of these and be advised accordingly.