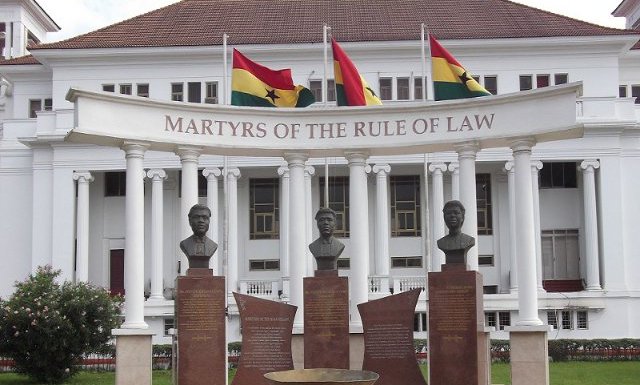 The Seven-member Supreme Court panel hearing former President John Mahama’s petition over the 2020 election will resume the pretrial of the case today.

Mr. Mahama is challenging the results that saw President Akufo-Addo emerge victorious claiming the electoral commission made errors in the computation of its figures.

Ahead of the pretrial, lawyers for Mr. Mahama have filed a motion at the Apex court asking the EC to admit to the errors in the declaration of results.

Last week, Mr. Mahama’s team was allowed by the court to correct errors in their initial suit while the President and the electoral commission teams were also made to respond to the corrected suit.

The opposition NDC on December 30, 2020 filed a petition at the Supreme Court challenging the outcome of the presidential elections.

In a statement after filing the petition, the party said: “The Petition was filed pursuant to the party‘s audit of the 2020 Presidential results and extensive consultations with the National Executive Committee and Council of Elders of the party.

“The Petition details serious violations of the 1992 Constitution by the Electoral Commission and its Chairperson and Returning Officer for the Presidential Election, Mrs. Jean Adukwei Mensa in the conduct of their constitutional and legal responsibilities. It seeks among others, a declaration from the Supreme Court to the effect that, the purported declaration of the results of the 2020 Presidential Election on the 9th day of December 2020 is unconstitutional, null and void and of no effect whatsoever”.