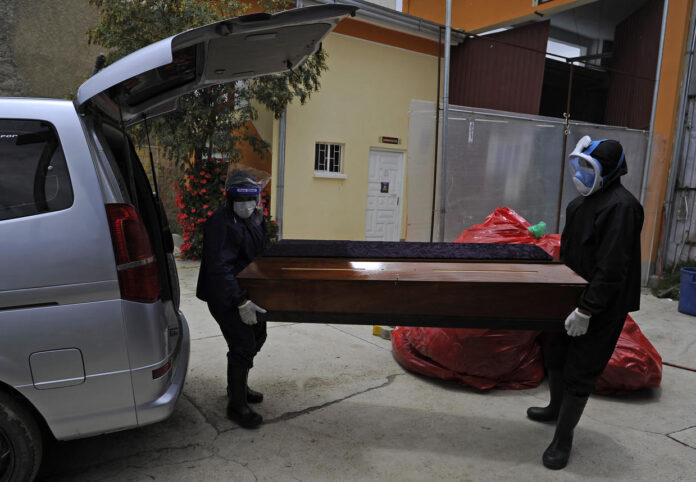 The coronavirus has now killed more than 2 million people worldwide since the outbreak emerged in China in December 2019, according to a tally from Johns Hopkins University. The United States, with about 4% of the world’s population, has reported about one-fifth of all reported deaths globally.

About 1 million people worldwide have died from coronavirus-related complications in the past three and a half months. On Thursday, 15,404 new deaths and 752,723 new cases were recorded worldwide.

“Behind this staggering number are names and faces: the smile now only a memory, the seat forever empty at the dinner table, the room that echoes with the silence of a loved one,” Guterres said.

The United States remains the worst-affected country with more than 389,000 deaths from over 23 million cases. More than 6 million people have been declared recovered.

The country with the highest number of deaths compared with its population is Belgium, with 175 fatalities per 100,000 inhabitants, followed by Slovenia with 149, Bosnia-Herzegovina with 134, Italy with 134, and the Czech Republic with 131.

Since the start of the pandemic, the number of tests conducted has greatly increased while testing and reporting techniques have improved, leading to a rise in reported cases.

However the number of diagnosed cases is only a part of the real total number of infections as a significant number of less serious or asymptomatic cases always remain undetected.

As the rollout of COVID-19 vaccines ramps up around the world, Guterres implored the world’s leading economies to make sure the distribution is equitable.

“Vaccines are reaching high income countries quickly, while the world’s poorest have none at all. Science is succeeding — but solidarity is failing,” he said. “Governments have a responsibility to protect their populations, but ‘vaccinationalism’ is self-defeating and will delay a global recovery.”