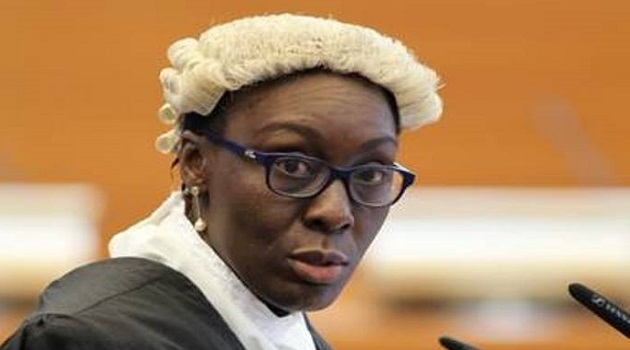 Member of the NDC’s legal team in the ongoing election petition Mrs Marietta Brew Appiah Oppong is unhappy with the refusal of her party’s interrogatory application by the Supreme Court.

She described the situation as shocking and a denial of justice.

The Supreme Court yesterday refused an interrogatory application for the first defendant [the EC] to answer some twelve questions, a situation Mrs Oppong opines would have an effect on their witness statement.

Speaking to the media after today’s pre-trial hearing she said “every objection that we’ve raised has been grounded in law and is justified.”

She went on “the fact that the petitioner has the interrogatories to serve on the respondents. Now interrogatories, as he stated, are to aid the trial of the case and indeed if an applicant who has grounds for serving interrogatories is denied the opportunity, for us that is a denial of justice.”

Touching on claims that her legal team was not ready for the trial, she noted “let no one say we are not prepared. If we were not prepared we wouldn’t have come to court, we wouldn’t have filed the petition in the first place. All we are saying is processes we have served, processes we have filed, processes that need to be dealt with have not been dealt with. How do we start a trial that is all we are saying.”

“So, if you ask us to come to court on the 26th to commence a trial, how are we going to start a trial when our notice to admit facts have not been dealt with? she quizzed.

She added “out interrogatories, our application for review of interrogatories has been pushed to a date after the trial has started. It doesn’t really make sense to us, unfortunately, we have to say this.”

As to whether the 42-day timeline for the trial was realistic, the former attorney-general intimated “note that under the schedule there are five days for pre-trial, today is the second day so what is the rush for.”