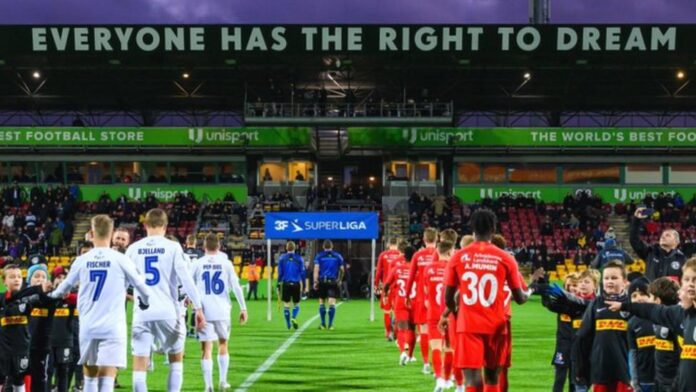 An Egyptian conglomerate worth billions of dollars has invested $120m to take control of the Right To Dream academy, which was founded in Ghana in 1999 by a former Manchester United scout.

Right To Dream started out with a handful of youngsters being trained by Tom Vernon, once Manchester United’s head scout in Africa, on basic dust-filled pitches in Accra.

Focusing on both education and football, Right To Dream has grown to such extent that it bought Danish top-flight side FC Nordsjaelland in 2015.

The academy has produced 20 Ghana internationals since it was founded, with Strasbourg’s Abdul Majeed Waris and Ajax Amsterdam’s Mohammed Kudus among them.

The Mansour Group, which reported revenues

in excess of $7.5 billion in 2018, deals in a variety of interests, with automotive, energy, finance and food among them.

The group has created an entity called ManSports to oversee its first foray into the world of sports.

ManSports is also keen to explore “UK opportunities at club and academy level”.

Right To Dream will now build an academy in Egypt, for boys and girls, with construction on the site in West Cairo set to begin this year ahead of an intended intake of students next year.

The launch of a new professional women’s football team in Egypt is expected to follow soon after.

– is the seventh-richest man in Africa, and 590th in the world, according to Forbes magazine.

His son Loutfy – based in the English capital London – will head up ManSports.

While the Egyptian business giants have assumed majority control, with Mohamed Mansour becoming chairman, Vernon himself will remain as the ‘other significant shareholder’ in the company and operate as CEO.

“Our partnership with Right To Dream is taking a strong African-born organisation, with values that align to our own, and sharing more of it with the world to change more people’s lives,” said Mohamed Mansour.

“Growing the next generation of Egyptian football talent with aspiring boys and girls, and supporting the growth of our women’s team, is the most meaningful way for us to start investing in football.”

“Our expansion into Egypt and Europe is further evidence that Ghana can export its football values and culture, not just its players,” added Vernon, who originally started teaching pupils around his kitchen table.

Vernon has previously told the BBC that around 25,000 players are scanned every year before being admitted to the Ghanaian academy, from where many have gone on to gain scholarships board, especially in the United States.

“I think the African youth are really lacking in a lot of high-quality role models,” he said.

“Hopefully our systematic approach can say that there is a conveyor belt of kids who are ready to lead and inspire. That is our definition of success – not how many players we can produce.”

Around 70% of Ghana’s Right To Dream students come from families which earn less than two dollars a day.