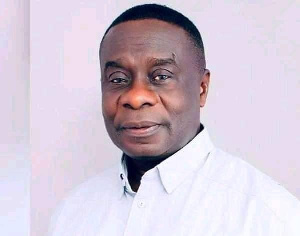 Chaos has erupted in Parliament over the court injunction directed at the MP-elect for Assin North James Gyekye Quayson.

Both sides of the House have been in protracted verbal exchanges over the legality or otherwise for the MP-elect to partake in the election of a Speaker for the 8th Parliament.

While the NDC MPs insist their the summon was not properly served on the clerk of Parliament who is chairing the sitting, the NPP MPs argue the MP-elect cannot be allowed to vote since the court injunction bars him.

The Cape Coast High Court has granted an injunction against the Member of Parliament for Assin North James Gyekye Quayson restraining him from holding himself as NDC MP-elect for the constituency over dual citizenship.