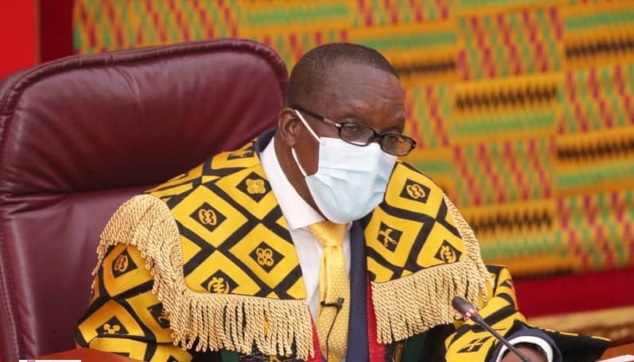 Parliament has by a unanimous decision adopted the report of Committee on Selection on the composition of the Appointments Committee.

The 13:13 ratio composition was however opposed by the majority in the plenary. There was drama after the Speaker Alban Bagbin put the question for the adoption of the report following a number of arguments for and against.

The NPP majority side by a loud voice voted against the motion drowning the voice of the minority. The speaker was therefore compelled to demand headcount given the visibly fewer numbers on the side of the majority.

The tables then turned with the majority pleading for the question to be put again after which there was no dissent.

Asawase MP Muntaka Mubarak, however, wanted to punish the majority before the second question was put by demanding headcount. Pleas from majority MPs like Patrick Yaw Boamah and Alexander Afenyo-Markin for him to resume his seat, however, yielded positive results.