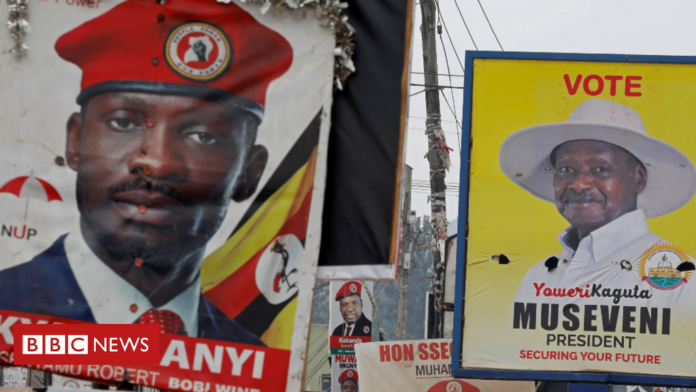 Ugandan opposition candidate Bobi Wine has rejected the results declared so far and calls himself the president-elect, despite the electoral body saying not all votes have yet been counted.

Bobi Wine alleges Thursday’s polls saw the worst vote-rigging in Uganda’s history, and has said he had video evidence of fraud, though he has yet to share any evidence to back up his claims.

He declared the struggle is just beginning.

Bobi Wine, whose real name is Robert Kyagulanyi, says he’ll address the press again in a few hours on the way forward.

Early results from the electoral commission give the incumbent, President Yoweri Museveni, a commanding lead of almost two-thirds of the votes so far counted.