Management of the Eastern Regional Hospital, Koforidua (ERHK) has backtracked on a debt recovery reform which subtly reintroduced the ‘cash and carry’ system into healthcare delivery of the hospital.

Management of the Hospital directed that effective February 5, 2021 all patients going into admission must make upfront payment of their medical bills.

It is also directed that medical services must be restricted to any patient on admission who fails to make part payment of their medical bills within 72 hours. The hospital will, however, attend to such patients for essential services as requested by In- charge of the various wards, the directive added.

Starr News gathered that management of the hospital led by Dr Arko Akoto Ampaw directed that a compulsory deposit payment be made by patients or pregnant women before elective surgery.

The reforms have however been criticized by the Coalition of NGOs in Health stating that the poor will be at receiving end .

Addressing a section of the media in Koforidua after Starr News publication, the Clinical Director at the Eastern Regional Hospital, Dr. Foster Amponsah-Manu explained that the financial reform is not reintroducing “cash and carry “.

“All that management is saying is that, when people are coming for elective surgery which is a planned surgery when you are coming just come and pay a deposit so that at the end of the day you won’t incur a lot of bills. if it is an emergency, the hospital treats you. We see you we give you whatever treatment you need. By 72 hours time, we expect that your relations have had notice of it. They should come and help pay. Or if it is an insurance that you have bring the insurance to help pay”.

He continued “now if there is a case and they don’t have anybody, after 72 hours the ward In-charge is to make the request for the medication, for the feeding and all these things to be done. Nobody is reintroducing cash and carry. All we are saying is that, if you have a bill that you’ve incurred you should help clear the bills”.

Dr.Amponsah-Manu stated further that, “in cases where the people are paupers the social workers declare them paupers and we let them go. It is not the first or the last and we encourage our Doctors never to demand money before seeing patients. We encourage in this Hospital that nobody demands any financial clearance before seeing patients. That doesn’t mean that people should not assume their responsibilities. If you have an insurance insurance clears it. if you don’t have insurance it means you can pay so pay for the bills”.

Financial Loss at the Hospital.

In 2018 for instance, the hospital lost about Ghc350,000 to about 75 poor and needy patients who could not pay their Medical bills hence absconded while some 212 signed undertaking to pay their bills in instalments which most could not fulfil their promise.

Again, a total of four hundred and thirty-one (431) patients treated and discharged at the hospital between January and June 2021 deferred payment of their medical bills through the intervention of Department of Social Welfare and subsequently released from medical detention.

The Medical Director of the Hospital, Dr.Akoto Ampaw told the media at a function “ these patients requested for deferred payment which some have paid but majority have not which is quite problematic”.

This informed the new Financial reforms and directive by the hospital. 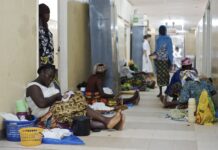 “Cash and carry system” back at Eastern regional hospital 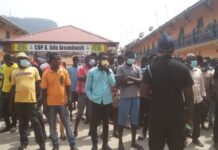 E/R: Dozens arrested for not wearing face masks in Koforidua 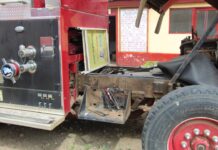 E/R: The only Fire Tender in Koforidua broken down for two years