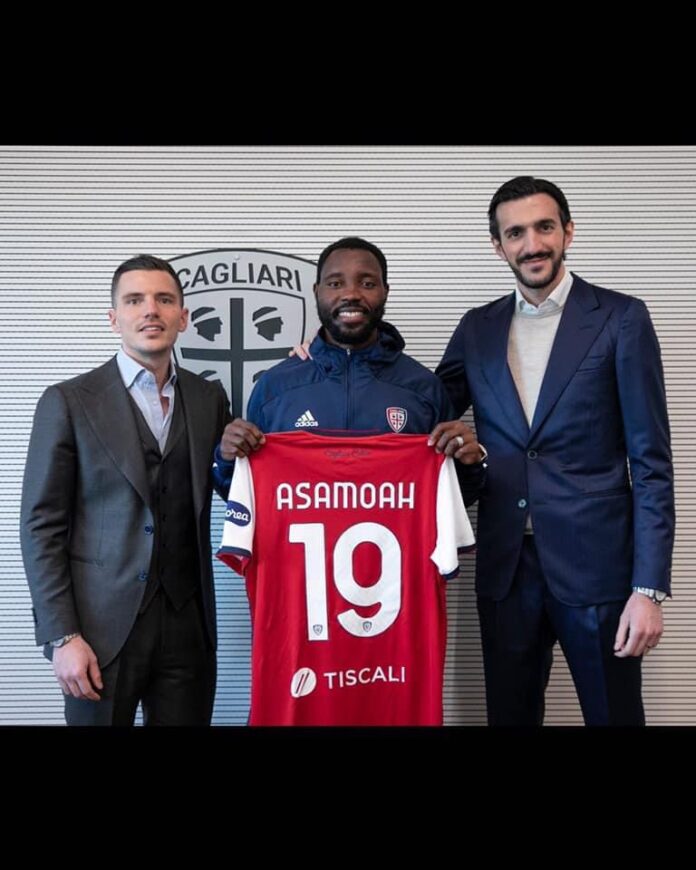 Former Juventus player and Ghana International Kwadwo Asamoah has made a move to serie A side Cagliari as a free agent.

The deal which is set to expire at the end of the season becomes the fifth Italian club the former Inter Milan left-back will be plying his trade with.

The 32 year old has struggled with injuries coupled with inconsistency in form during his stint at Inter Milan under Antonio Conte.

Kwadwo Asamoah who enjoyed a successful period with Juventus by winning six(6) Scudetto titles, four(4) Italian Cups and three(3) Italian Supercups is hoping to revive his career after a rather unsuccessful spell at Inter Milan where he made only a handful of appearances for the 2010 Champions league winners.