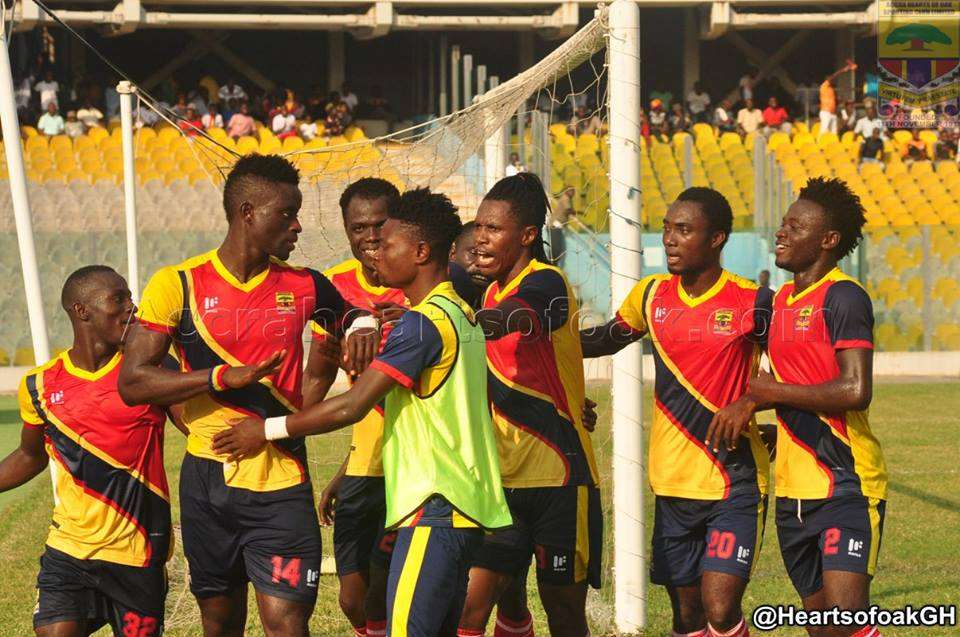 Hearts of Oak grabbed a famous 3:2 win over Abusua Dwarfs at the Accra sports stadium inspite of the coaching crisis that has hit the club. Isaac Mensah scored a late winning goal to ensure the Phobians will pick all the points at stake in the game.

Aduana Stars suffered the heaviest defeat in the Ghana Premier League over the weekend, conceding four times against Ashanti Gold at the Len Clay Stadium.

After a series of games without a win, Inter Allies recorded a victory against WAFA at the Accra Sports Stadium, with Nafui Sulemana scoring the only goal of the game while Dreams FC also suffered their first defeat in their last nine games when they visited Berekum Chelsea on Sunday.

Ahmed Toure scored twice for Medeama who sunk Elmina Sharks at the Ndoum Sports Stadium by two goals to one.

League leaders Karela United scored a goal in each half to end the hopes of Liberty Professionals walking away with any point from the Crosby Awuah Memorial Park.