Communications Minister-designate Ursula Owusu-Ekuful says she has no regret in committing the government of Ghana to the controversial KelniGvG contract.

According to the Ablekuma West MP, the deal has made monumental savings for the government of Ghana.

Answering questions before the Appointment Committee of Parliament during her vetting Monday, the former Communication Minister said she will sign the contract again if need be.

“If I have to do it all over again, I would. Earlier I started talking about all the benefits that this country has got from the Kelni GvG deal and I didn’t even go through half of it. In addition to the monthly savings that this platform provides, the broad management components have, from the inception date, raked in tax savings of GHS565.7 million.”

“Over the life of the contract, the common platform is expected to deliver tax savings of approximately GHS800 million.”

Civil Society groups including IMANI have criticised the deal saying it lacks transparency and clear objective.

The deal, which is meant for the design, development and implementation of a common platform for monitoring mobile phone traffic and corresponding revenue, has come under a lot of scrutiny, especially from policy think tank, Imani Africa. 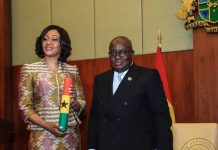 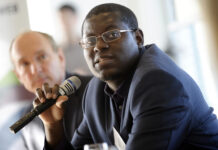