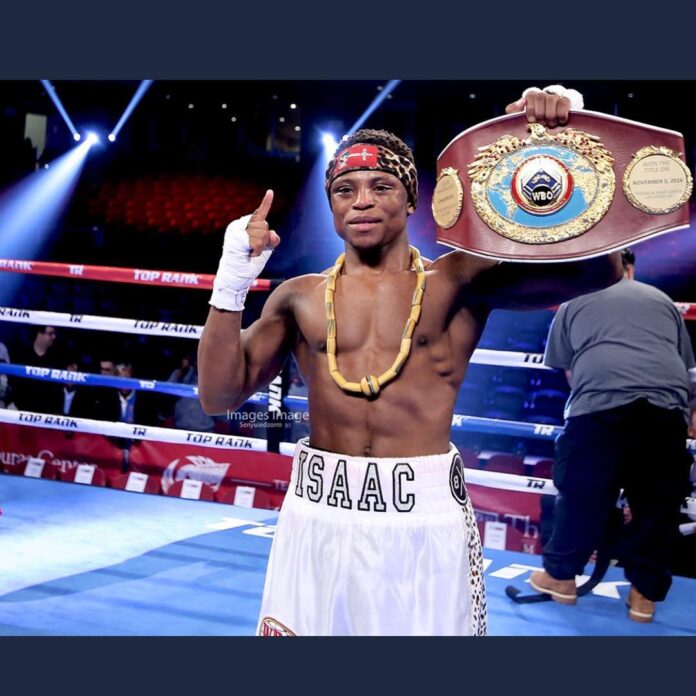 Former WBO Bantamweight titleholder Isaac “Royal Storm” Dogboe has revealed that he is nursing ambitions of revenging his double defeat to WBO Featherweight Champion Emmanuel Navarrete in the near future.

Speaking exclusively to GHOne sports, Isaac Dogboe concurred that with his heavy back to back losses to Navarette, a lot of people will dissuade him from fighting Navarette a third time,however, he says he remains focused on fighting Navarette before he calls it quits just as Prof. Azumah Nelson did with Jeff Fenech before retiring.

Isaac Dogboe has fought with Emmanuel Navarette twice and lost both bouts the second being more brutal than the first.

It is fair to say that each time Isaac fights Navarette, Isaac gets brutally beaten sustaining cuts and bruises .

In his second bout with Navarette, Dogboe was knocked out in the final round with his father throwing in the towel.
Isaac said that he does not regret taking a re-match with Navarette, rather stating that he has learnt a lot from his fight with Navarette which has further grounded him in his career as a boxer.

“Obviously Navarrette is my nemesis like a demon that refuses to go out of your head and has been my toughest opponent since my professional career began”.

That notwithstanding, Dogboe still insists on fighting the Mexican boxer again.

Isaac Dogboe is currently in the USA trying to secure a bout after his last bout in July 2020.