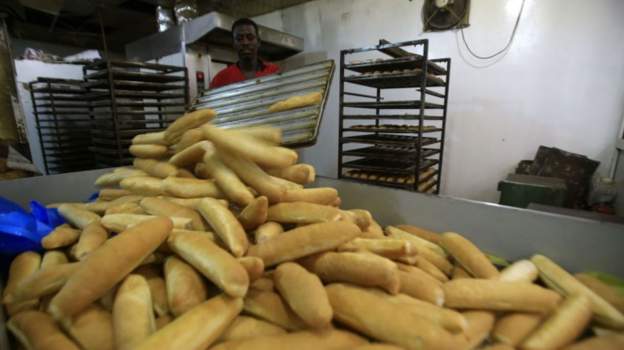 Hassabo Mohamed Abdel Rahman, who once served as vice-president to Sudan’s ousted long-serving leader Omar al-Bashir, has been arrested for fomenting weeks of protests against rising food prices.

Other senior members of Bashir’s administration have also been detained.

About 300 people were arrested earlier this week during protests across Sudan. States of emergency were declared in four provinces.

There have been months of bread, fuel and power shortages as a fragile power-sharing government, which is leading a three-year transition to civilian rule, struggles to manage the economy.

It is hoping the country’s removal in December from the US list of state sponsors of terror will be a lifeline for the economy.

Sudan was put on the list in 1993 after it was used as a base for al-Qaeda, meaning it was cut off from the global financial system.

Now it can re-engage with international financial institutions to obtain loans and get debt relief.

Bashir, who took power in an Islamist-backed coup in 1989, was toppled in April 2019 after mass protests fuelled by a rise in the prices of fuel and bread.