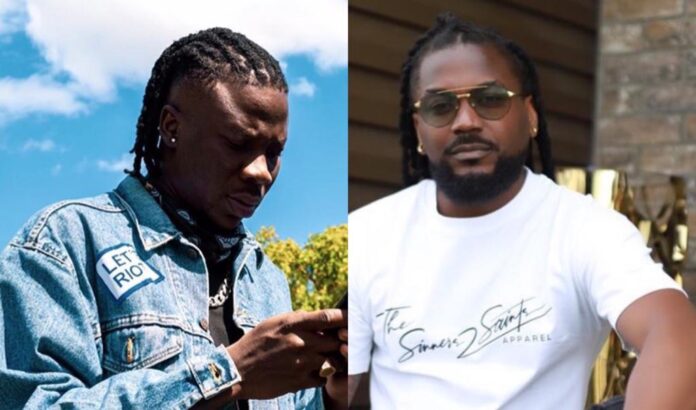 Award-winning Ghanaian Afropop and Dancehall artiste Samini has lashed his ‘son’ Stonebwoy on Twitter calling him a ‘faker’ after he poured out praises on Burnaboy and Wizkid following their win at the 63rd Grammys Awards Sunday Night.

Samini after sighting the tweet from the Afropop dance hall and reggae singer, Stonebwoy which read; “With All Due Respect Let All other African Nations Give It Up For Nigeria. For their Constant efforts in holding the Mantle for Africa when it comes to entertainment On The Global Scene. Congrats for holding it down at the Grammys. As for Ghana, smh I’ll be back.”

The high-grade boss called him out with a tweet saying; “Ghana will be ok if we begin to keep it with each other as artists my gee.it starts from being honest and calling a spade a spade. Do you think they disrespect Idibia like you disrespect Samini?? #yearoftruth. Before you give extra fake fans to Nigeria #checkyourself faker”

Wizkid was awarded for his effort in Brown Skin Girl by Beyonce, Blue Ivy, which is from Beyonce’s Lion King: The Gift album.