Energy expert Dr. Yusif Seleimana has shutdown suggestions that it would not be profitable for the Tema Oil Refinery to refine crude in its current state.

He said the government can turn around the fortunes of TOR by ensuring that its RFCC Unit is functional to convert residual fuel into high-value products.

This according to him will reposition TOR to improve, be profitable and settle debt suffocating the refinery.

Dr. Suleimana spoke to Starr Business, “the CDU and then RFCC Unit, the Crude Displacing Unit is the primary unit that takes the crude to process it into other products. Then the last product of this CDU we call Atmospheric Residue is fed into the RFCC Uit. This RFCC Unit is a complex structure that is a moneymaking machine for all intended purposes.”

“No refinery runs with RFCC and runs efficiently and makes a loss. That is not done and in fact Ghana we had it before. RFCC was commissioned in 2002 ad started running in 2003. And by 2007, it had paid 90% of the amount of money that was used to procure the whole infrastructure. 300 million dollars was used to procure RFCC, by 2009 RFCC had paid 270 million dollars. So, the fact that we always keep saying tOR is not profitable, I think it’s a fallacy.”

Dr. Suleimana also proposed to the energy minister-designate t remove what he calls internal and external bottlenecks affecting the operations of TOR.

He said  “the minister did hit the nail right on the head. It is unfathomable to have a refinery down when Ghana is producing oil. The refinery ran successfully and smoothly more in the era when we didn’t have oil or when we didn’t produce oil in commercial quantities.” 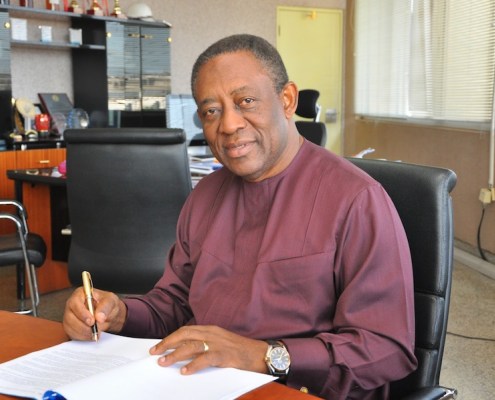