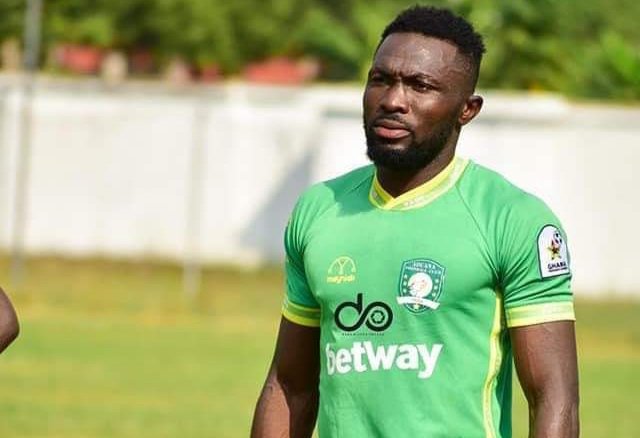 Aduana Stars defender Farouk Adams has been remanded into police custody for fourteen days for allegedly causing the death of a police officer.

Farouk Adams was in court for the first time on Thursday after being charged on two counts, careless and inconsiderate driving and negligently causing harm.

His Lordship Osei Kofi Amoako, who presided over the case, ruled that the player be kept in police custody for a fortnight so the investigation can continue.

Farouk Adams will therefore return to court on March 18 after his lawyers failed to convince the court to grant him bail to seek medical treatment.

Lawyer Baffour Akoto, who represented Adams in court revealed that he pleaded to the court for Adams to be released on bail, however, the prosecutors insisted that the footballer is a flight risk.

Farouk Adams was arrested on Tuesday, March 2, 2021 for allegedly knocking a police officer down and leaving him to die.

The incident is said to have happened late Monday, between Asuotiano and Asuhyiae in the Dormaa East District of the Bono Region.

The officer, Constable Amos Mattey of the Wamfie Police station, was alleged to have left his duty post to purchase something but never returned until he was found dead Tuesday morning.