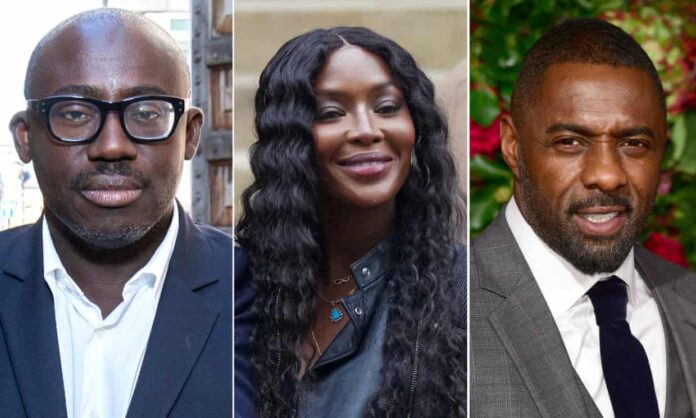 Some of the UK’s most prominent people of Ghanaian heritage have joined together to condemn their former homeland for its stance on gay rights in what will be seen as an extraordinary show of diaspora power.

The influential names in fashion, film and media, including Idris Elba and the Vogue editor-in-chief, Edward Enninful, have signed an open letter in support of Ghana’s LGBTQ+ community. Naomi Campbell, although, not of Ghanaian heritage, has also put her name to the letter.

Last week a community centre for LGBTQ+ people in the west African country closed its doors after mounting pressure by religious groups and anti-gay organisations against sexual minorities. Police later raided the centre its staff said, after its leaders were forced into hiding.

The letter, signed by 67 celebrities, politicians and other influential people largely of Ghanaian heritage, said they were deeply disturbed by the events and called on Ghana’s president, Nana Akufo-Addo, and other political leaders to offer protection to the LGBTQ+ community.

“We have watched with profound concern as you have had to question the safety of your vital work at the LGBT+ Rights Ghana Centre in Accra, and feared for your personal wellbeing and security. It is unacceptable to us that you feel unsafe,” it said.

“As prominent and powerful advocates for this great country, we are beseeching His Excellency, the President of the Republic of Ghana, Nana Addo Dankwa Akufo-Addo, and political/cultural leaders to create a pathway for allyship, protection and support. We petition for inclusivity which will make the nation even greater and even stronger,” it continued.

In recent weeks several high-profile figures in Ghana had demanded the closure of the centre, intended to be a safe space for LGBTQ+ people to meet and find support. Yet since the centre’s opening in January in the capital, Accra, many people have received death threats and online abuse.

The opening of the centre amplified discrimination against the community, said activists. Although same-sex relationships are illegal in Ghana, the law is rarely enforced, according to a 2018 report by Human Rights Watch. Yet activists say abuse against LGBTQ+ Ghanaians has intensified in recent years, fuelled by influential anti-gay campaigners.

The community centre was set up by LGBT+ Rights Ghana. A fundraising event to mark the opening was attended by the Danish ambassador, the Australian high commissioner and EU delegates, which caused outrage and prompted repeated claims that the international community was promoting LGBTQ+ rights in Africa. 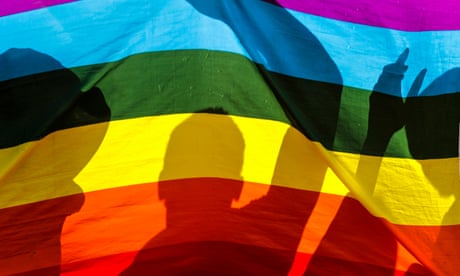 Earlier this month, the Catholic church in Ghana bishops’ conference released a statement demanding the centre be shut down and condemned “all those who support the practice of homosexuality in Ghana”. It urged the government “never to be cowed down or to succumb to the pressure to legalise the rights of LGBTQIs in Ghana”.

Roslyn Mould, a board member of LGBT+ Rights Ghana, said the group hoped the community space would protect LGBTQ+ people from from threats and abuse in Ghana, increasing in recent weeks.

“This space or office was made to support a vulnerable community, these persons have been under attack for a long time,” she said. “We would also like this opportunity to thank all the allies who have supported the community throughout this ordeal.”