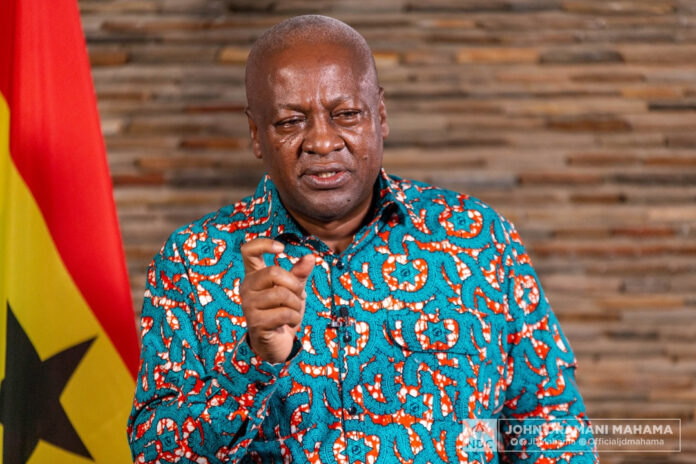 Former President John Mahama will react to the dismissal of his election petition by the Supreme Court later today at his office in Accra, the National Democratic Congress has said.

“We are unable to address you now, however, our flagbearer will address you in his office at 5pm today,” a member of the legal team of the party Abraham Amaliba told journalists after the Supreme Court delivered its judgement Thursday.

In reading the judgment on Thursday, March 4, 2020, Chief Justice, Anim Yeboah stated that the petitioner failed to prove his case beyond a reasonable doubt. He added that the errors announced by the Electoral Commission Chairperson, Jean Mensa, which were subsequently corrected cannot be used to invalidate the election after those had been corrected.

According to the Supreme Court, the errors announced by Jean Mensa did not adversely affect any of the candidates in the 2020 elections. The Supreme Court also held that the petitioner failed to adduce enough evidence to merit a re-run between Mr Mahama and President Akufo-Addo.

The Chief Justice in reading the judgment also described as fanciful the witness statement by the Michael Kpessa-Whyte and Rojo Mettle-Nunoo.

1. Whether or not the petition discloses any cause of action – that is if there is any legal grounds for the petition,

2. Whether or not the 2nd Respondent [Nana Addo Dankwa Akufo-Addo] met the Article 63 (3) threshold of the 1992 Constitution – this constitutional provision states that a presidential candidate must obtain more than 50 per cent of the total valid votes cast to be declared as President-elect,

3. Whether or not the 2nd Respondent [Nana Akufo-Addo] still met Article 63(3) of the 1992 threshold by the exclusion or inclusion of the Techiman South constituency presidential election results.

4. Whether or not the declaration by the first respondent (EC) on December 9 of the presidential election conducted on December 7 was in violation of Article 63(3) of the 1992 Constitution,

5. Whether or not the alleged vote padding and other errors complained of by the petitioner affected the outcome of the presidential election results of 2020.

On January 19, the Supreme Court dismissed the application by the Petitioner, which sought to ask it to grant leave for the Electoral Commission (1st respondent) to answer 12 questions regarding the declaration of the presidential election results.

The panel of seven-member said that the crucial issues of relevance had not been established by the petitioner, adding, “reference was made to the 2013 [presidential election] petition in which an application for interrogatories was granted by the Supreme Court.

The Petitioner opened his case on January 29 and closed same of February 8, 2021, after calling three witnesses.

Johnson Asiedu Nketia, General Secretary of the National Democratic Congress, Dr Michael Kpessa-Whyte, the first two before Robert Joseph Mettle-Nunoo was allowed in after the Petitioners filed leave to call him.

Mr Nketia had told the court in his witness statement that there has never been an election in which the 1st Respondent, the EC has admitted a catalogue of errors than in the 2020 presidential elections.

Dr Michael Kpessa-Whyte, the 2nd witness for the Petitioner denied a suggestion by counsel for the Electoral Commission (EC) that he (the witness) had left the EC ‘strong room’ when he realised that the petitioner had lost the presidential election.

The witness told the court that, it was not true that he, together with Rojo Mettle Nunoo in the strong room, had left the strong room when they realised that the petitioner had lost the election.

Mr Robert Jospeh Mettle-Nunoo, the third witnesses for former President John Mahama engaged in feisty exchanges with the lawyer for the EC at the Supreme Court.
In cross-examining the witness, the lawyer for the EC, Mr Justin Amenuvor, put to Mr Mettle-Nunoo that his testimony was to cover up for the bad work he did for former President Mahama at the EC’s “strong room.”
Also, counsel sought to make a case that the witness statement by Mr Mettle-Nunoo were based on untruths and half-truths.

But, Mr Mettle-Nunoo will refute the assertions and insisted and rather it was the Chairperson of the EC, Mrs Jean Mensa, who was not being truthful to Ghanaians regarding the 2020 elections.

The fiery exchanges went to the extent of Mr Amenuvor questioning the temperament and character of Mr Mettle-Nunoo and described it as “ungovernable.”

The Petitioner through his lead counsel Mr Tsatsu Tsikata closed his case after Rojo’s cross-examination was ended via zoom.

But, the EC’s indication that it won’t adduce evidence by way of calling its Chairperson, Jean Adukwei Mensa and a subsequent same indication from Akoto Ampaw, lead counsel for the 2nd Respondent will take proceeding to a different stage.

The apex court panel chaired by Chief Justice Kwasi Anin Yeboah never anticipated such a move, and welcome legal argument for and against the motion for the respondents to adduce evidence especially, Mrs Jean Mensa

The court had initially ordered all the parties in the petition to file their closing addresses by February 17, 2021.

The two respondents in the petition, (Electoral Commission and President Nana Addo Dankwa Akufo-Addo) filed their closing addresses in conformity with the Supreme Court order for all the parties to simultaneously file written addresses on or before Wednesday [February 17, 2021].

However, the legal team for the petitioner, former President John Dramani Mahama did not file their written address as ordered by the court.

They rather filed an application for which challenged the ruling of the court, dated February 11, which overruled an objection by the lawyer for the petitioner, Mr Tsatsu Tsikata, against the decision of the EC not to adduce evidence.

They also filed an application for stay of proceedings and urged the court to put the petition on hold until the final determination of the review application.

All review applications were unanimously dismissed.

Counsel for the petitioner, Mr Tsatsu Tsikata subsequently sought leave and was directed to file his closing written address before the close of day on Tuesday, February 23, 2021.

With the Petitioner, John Dramani Mahama- Mr Johnson Asiedu Nketia has been representing him, while Jean Adukwei Mensa represents the EC (1st Respondent) except on an occasion where she turned up late and was represented by Sylvia Annor, Director of Public Affairs at EC

Nana Addo Dankwa Akufo-Addo had Mr Peter Mac Manu representing him with a power of Attorney.

With regards to legal representation, Mr Tsatsu Tsikata and Tony Lithur are for the John Mahama (Petitioner).

The 2nd Respondent Nana Akufo-Addo has four lawyers and they are Mr Akoto Ampaw, Lead Counsel and had support from Mr Frank Davies, Kweku Asirifi and Yaw Oppong.

Chief Justice, Kwasi Anin-Yeboah cautioned Frank Davies, one of the lawyers representing Nana Akufo-Addo against granting media interviews at the end of sittings.

The CJ said the court was “uncomfortable” with Mr. Davies’ interviews because it was unethical and goes against the Legal Professional conduct and Ethical Rules of 2020.

The caution, the CJ said applies to all lawyers introduced in court as being involved with the case.

Dr Ayine was subsequently hauled for contempt but has since purged himself. 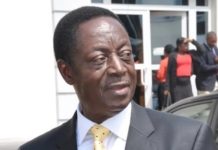