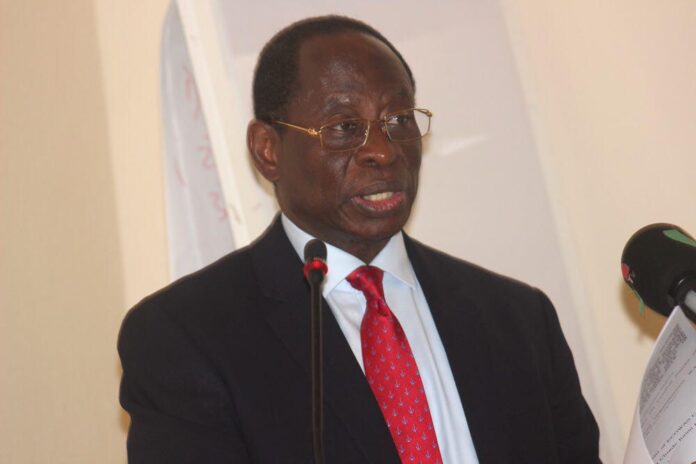 The heights by great men reached and kept were not attained by sudden flight, but they, while their companions slept, were toiling upward in the night.
– Henry Wadsworth Longfellow.

Longfellow’s quote above goes a long way to describe the present state of the incumbent New Patriotic Party (NPP).

The party formed in July 29, 1992 by Albert Adu Boahen, has not taken it lightly to wrest power from its arch-rival, the National Democratic Congress (NDC) in 2001.

The NPP is a centre-right and liberal-conservative political party in Ghana.

H.E. Ex-President John Agyekum Kufuor of the NPP became President of Ghana from 2001 to 2009 only to lose the power again to NDC.

Thus, the party has to work relentlessly again to put the then flag-bearer, Nana Addo Dankwa Akufo-Addo back to the Presidential seat on January 7, 2017, following the 2016 general elections Nana Akufo-Addo the flag-bearer of the NPP to, succeed John Mahama as the 12th President of Ghana after winning by a landslide.

Must history repeat itself?

It is said that those who cannot remember the past are condemned to repeat it. Must the NPP sit aloof without learning from its past to relinquish power to the NDC after all that it has toiled for?

The idea of building anything twice is enough to make me question the decisions of the NPP its quest to choose a strong, formidable and marketable successor.

Obviously, beneath the fun kids’ song is an important truth.

Our choices can lead to destruction or safety.
What we choose to believe and follow will affect us in ways we cannot foresee.
One person who by all standards fits to be the next flag-bearer the NPP bigwigs across the country should consider is Dr Kofi Konadu Apraku.

My question to them is where is this fine brain, Dr Apraku?