The management of the Ghana School of Law has directed the President of the Students Representative Council (SRC) of the school Philemon Laar to resign after he failed an exam.

The School of Law in a statement said Mr Laar cannot continue to hold himself out as President of SRC following his failure to pass the PLC Part 1 exam. 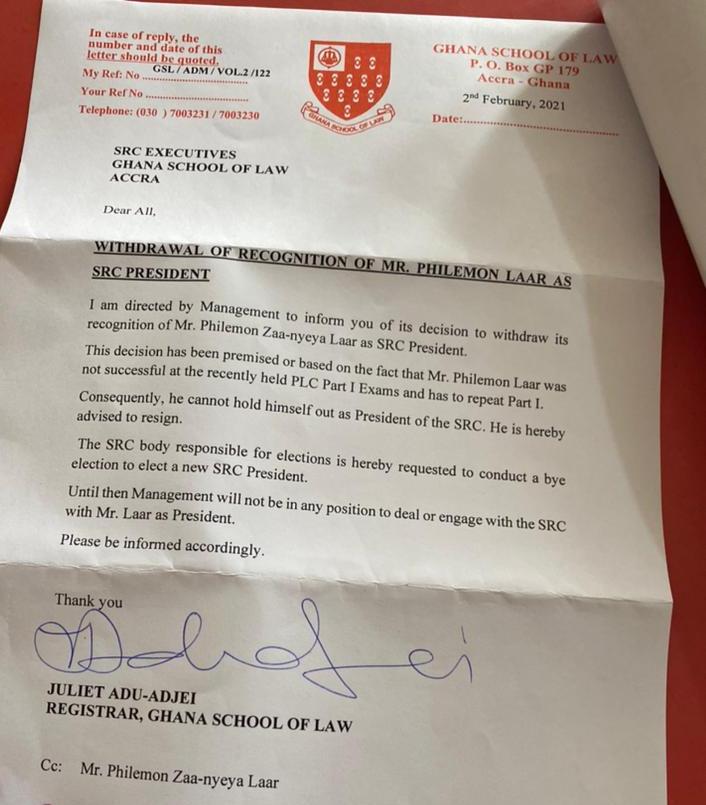 In a resignation letter, Mr Laar who is waiting for the outcome of a delayed remarking he requested after the failure, said he has been treated unfairly.

“The decision to resign was occasioned by the apparent deadlock between the SRC and Management of the Ghana School of Law on whether or not an administrative fiat should be the basis to withdraw recognition for me as a democratically elected executive of the SRC.
I was unsuccessful in the October 2020 PLC examinations. Like several other students displeased about their results, and convinced that the examination results did not reflect their industry and performance, I applied to have my scripts remarked. Results of the said remarking are yet to be released.

“Based on the above facts, Management of the Ghana School of Law communicated their unwillingness to engage with the SRC if I remain President. They have also refused to release any funds to the SRC for the same reason,” the resignation statement said.

“I disagree with this position by Management because this singular action is an affront on the constitution of the SRC and represents undue interference in the affairs of students. The withdrawal of recognition of me as President and the accompanying actions prejudices the outcome of my application for remarking which in itself has delayed unduly contrary to the timelines provided in the students handbook.

“I was elected to serve, but I cannot in the circumstances, offer leadership that my constituents deserve. I owe my Executive Council a huge debt of gratitude. Constrained in many ways, we found strength from holding hands. I am confident that the remaining two months left of our tenure would receive great leadership. I have discussed and agreed with them, that upon my resignation, article 20(4) of the SRC Constitution shall be triggered; one of the Vice Presidents will be selected to replace me”. 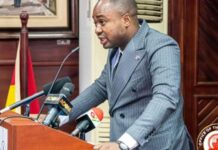 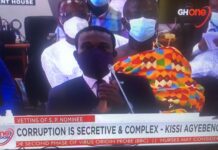