Starr FM investigative journalist Edward Adeti has been named as a major recipient of the maiden Article 19 Press Prize Awards.

Three journalists are in line to receive major honors for their exceptional and compelling storytelling, particularly about their country’s criminal justice system intending to force some level of reforms.

They are Edward Adeti of EIB Network, Joojo Cobbinah of the Multimedia Group, and the Daily Graphic’s Emmanuel Hawkson.

Joojo Cobbinah’s “As if we weren’t humans” which revived cold cases and sought to give the victims some form of closure, was adjudged as the overall winner.

Emmanuel Ebo Hawkson of the Daily Graphic came in second with his story “Caged for Seven Years,” a story about poor investigations and lack of lawyers sending innocent persons to jail.

Edward Adeti of EIB Network finished third with his story “Corruption at the Attorney General’s office in Upper East Region”.

Meanwhile, Beatrice Spio-Garbrah of Media General (TV3) won a special prize for the best female entry. She won with her story on the lack of juvenile correctional homes in the Ashanti region.

Article 19 Press Prize is an award scheme put together by the African Heights Foundation in partnership with the Open Society Initiative for West Africa (OSIWA). It’s an annual award to encourage journalists to report on the ills of the country’s criminal justice system to cause reforms.

The Article 19 Press Prize Awards also aims at rewarding young and mid-career journalists with exceptional skills in reporting on criminal justice issues from a constitutional and human rights perspective.

It also seeks to encourage law and judicial reforms through the evaluation of the impact of the justice system on the lives of ordinary citizens and the larger society especially the poor and marginalized.

President of the African Heights Foundation, Dennis Armah believes the award scheme will encourage reportage on the criminal justice system.

“We want to use the award scheme to start a new movement in the coverage of the justice system to draw more attention to the inadequacies in the system and direct the necessary political will for reform.

“In the long term, we want to use this to encourage more public interest in the justice system where most vulnerable people find themselves. This will ensure the essence of Freedom and Justice become meaningful to everybody. This is why we chose the independence day to announce the awards and its winners for the maiden edition.”

African Heights Foundation an NGO dedicated to using the tools of education, advocacy, and civic participation to raise leaders and active citizens excelling in various sectors of society in Africa. 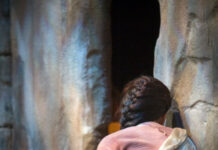 Edward Adeti writes: LGBTQ+ – Jesus died for them, too 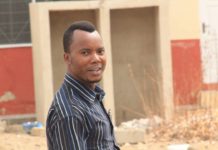 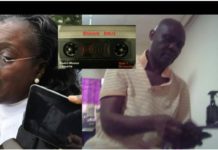 Cash for Justice: Contract Adeti to investigate other regions – Minister to AG