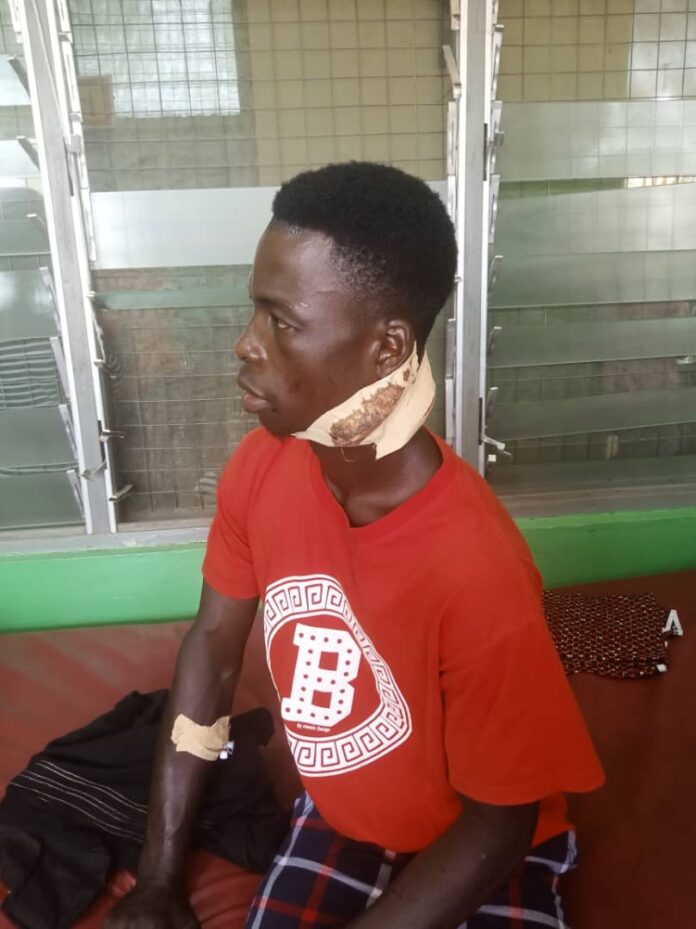 A 27-year-old woman Mary Quaye, is in the custody of the Agona Duakwa police in the Central Region for inflicting multiple machete wounds on her husband’s neck.

Information gathered by EIB News’ Yaw Boagyan indicates that a misunderstanding over house-keeping money ensued between the couple on Monday, 26th April, around 4:30 pm during which the husband, Abraham Acquah hit her wife with a piece of wood, and in response, she also hacked him with a machete on his neck and jaw.

The wounded husband was rushed to Agona Duakwa Government Hospital for treatment after he was issued with Police medical report.

The complaint, Mary Quaye, was arrested after reporting the case to the police and is assisting the police with investigations.