South Dayi lawmaker Rockson-Nelson Dafeamekpor has called for the release of the editor of Whatsapp News David Tamakloe who was reportedly arrested and detained by the Police Thursday.

Mr. Tamakloe was reportedly picked up at gunpoint and sent to a yet-to-be-identified police station by security men in plain cloth.

It is unclear the basis for the arrest.

In a statement on the development, the NDC lawmaker bemoaned what he says is the use of state security agencies by government to muscle out critical media.

“It comes as a surprise that nothing seems to be changing in this regard. Mr. Tamakloe was reported to have been picked up at gun point sometime yesterday. And particularly, on the eve of Good Friday knowing very well that he would be kept in police custody until after Monday, is most inhumane, unacceptable, backward and smacks of abuse of police powers.

“A colleague lawyer, who followed up on the matter at the Police station has recounted how the officers were unable to provide any reasons for his arrest. Just none and yet he has been denied police inquiry deliberately,” he said.

He stressed: “It is important that our security operate on the basis of transparency and with a certain sense of integrity. The image of the security agencies continue to decline over the years following the arbitrary and unexplained arrests of innocent citizens.

“The state must not be seen to be expending its powers in an arbitrary manner. The state, rather than abusing its powers, is expected to protect the rights and liberties of its citizens. The consistent acts of picking up individuals without cause, must cease now. Rule of law doesn’t mean rule of a few. It means acting in accordance with our laws and not in accordance with our whims and caprices.

“I am by this release urging the IGP to direct that Mr. Tamakloe is admitted to police inquiry bail so he can join his family at Easter and that if any prima facie determination is made after the Easter festivities, he can be properly arraigned in court so he would take steps to defend himself in the matter”. 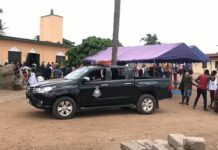 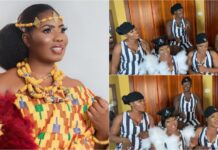