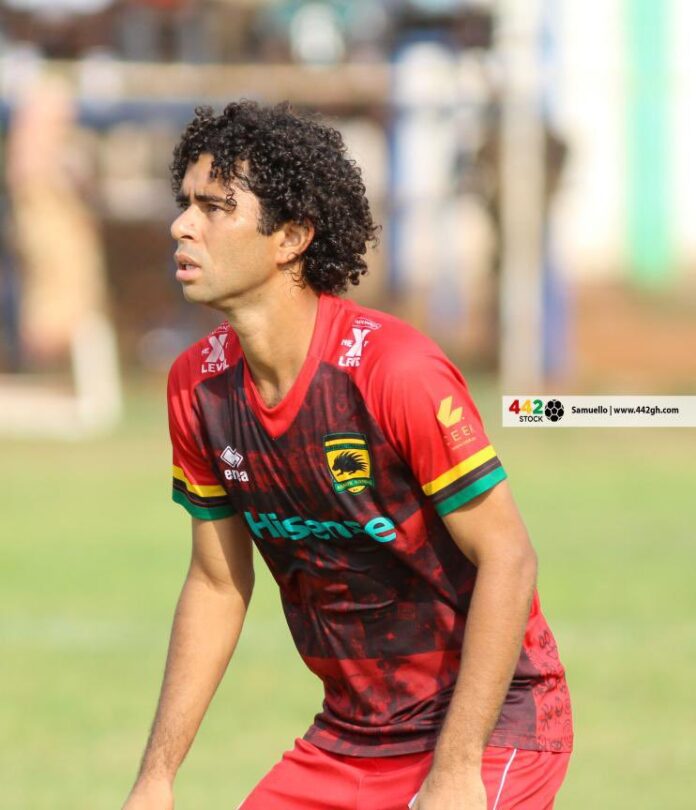 Asante Kotoko were held by Techiman XI Wonders to a one all drawn game as the second round of the Ghana Premier League got into full swing at the Ohene Ameyaw Park in Techiman.

Brazilian import Fabio Gama scored his first official goal for the Porcupine Warriors 8 minutes into the game when he controlled a through pass with his chest before unleashing a half volley into the net.

The home side however pulled even before the first half break when Samuel Boakye headed in the equalizer from a brilliant cross into the box.

Asante Kotoko came into to the game as the favourites to carry the day, and they started the game with high intensity as new coach Mariano Barreto watched on from the stands.

The result leaves Kotoko in the third position.

Coach Mariano Barreto and his side will face Bechem united midweek at the Obuasi Len clay sports stadium to clear their outstanding game before hosting Berekum Chelsea on Sunday.