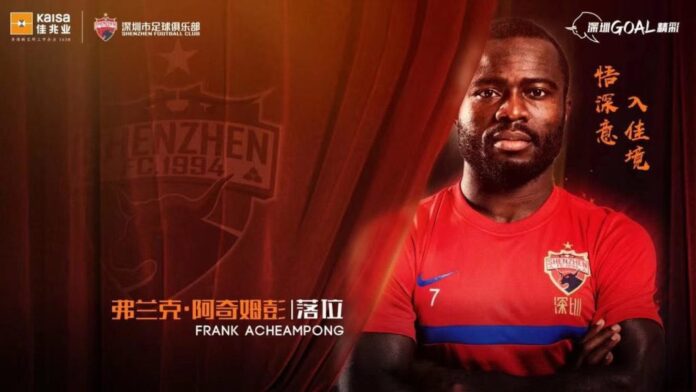 Acheampong, 27, has joined the Guangzhou based outfits following the expiration of his contract with Tianjin TEDA.