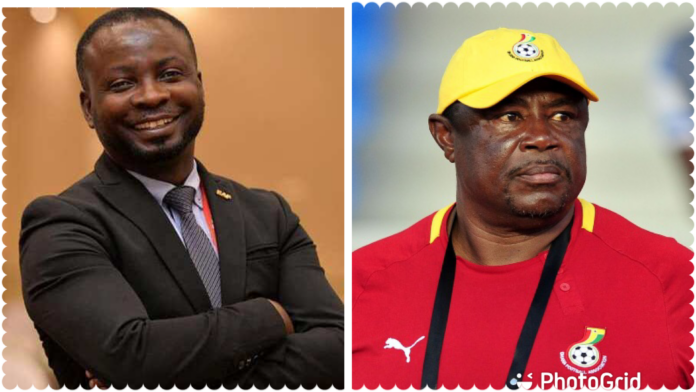 Executive Council Member Frederick Acheampong has retained his position as Chairman of the Black Meteors Management Committee.
The former AshantiGold CEO, will lead Ghana’s African Games campaign and also ensure that the national Olympic team qualifies for the 2024 Olympic Games in Paris, France.

Executive Council member, Samuel Anim Addo has also been named on the Committee as Vice Chairman. They need to device means to ensure that Ghana play host to the rest of Africa and wins the African Games trophy.

Meanwhile, Samuel Kwasi Fabin will continue to be the head trainer of the Olympic team, Black Meteors after receiving the nod to continue his job as coach of the side.
The former Aduana Football Club coach has been in charge of the team since 2019. Samuel Fabin, a CAF License A certificate holder previously worked as coach of the Black Starlets, male U-17 national team.
Joining the technical team is former Black Princesses coach, Yussif Basigi. The Hasaacas Ladies head trainer replaces Akakpo Patron as an Assistant Coach.
Former Asante Kotoko captain Godwin Ablordey has also been drafted in as one of the two Assistants to work with Samuel Fabin.
Ghana will host the 2023 African Games and as a result, the Executive Council sees the need to strengthen the technical team to deliver the host and win agenda.
They have the mandate of the Executive Council to play host to the rest of Africa and to ensure that Ghana wins the trophy.