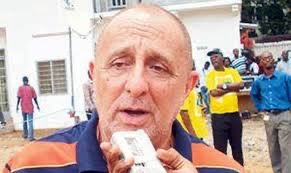 Former chairman of Accra Hearts of Oak Harry Zakour says arch rivals Asante Kotoko is now managed better than the Rainbow club. Kumasi Asante Kotoko in August 2020, appointed football administrator Nana Yaw Amponsah as the Chief Executive Officer to steer affairs of the clubThe former President of Phar Rangers was given a three-year mandate to propel the club back to its glory days .He has been able to secure several sponsorships for the club and done a decent recruitment drive which is beginning to pay off for the Porcupine Warriors family.

Speaking to Starr Sports on the current happenings at his darling club, Zakour whose tenure as chairman of the phobians saw the club wining the CAF champions league and the super cup trophies and also went on to win the league title six times on a spin with some quality recruitment of players, says the fortunes of the once adored rainbow club is gradually diminishing day by day. He says the current situation at the club even in terms of player recruitment, the porcupine warriors are far ahead.

“ I am not saying Togbe Afede XIV is not doing well, he is really doing his best but the truth is Accra Hearts of Oak has totally changed when I even look at the recruitment drive of the phobians has gone down now ”

“If you look at Kotoko, their recruitment is doing very well”

“They have a recruitment committee where they are doing a very decent job but that’s not same with us ” he told Starr Sports.